Minorities And The New American Electorate 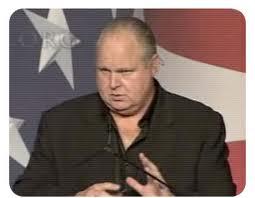 After the GOP's national defeat in the election, far-right commentator Rush Limbaugh told his millions of listeners: "I went to bed last night thinking we're outnumbered ... thinking we've lost the country. I don't know how else you look at this."

For once, Limbaugh may be factually accurate. A phenomenon that sociologists call "the rising American electorate" gradually is swinging this nation toward humane Democratic Party values — away from traditional white male rural conservative evangelical dominance.

Various polls find that such groups have little interest in more tax giveaways to the 1 percent elite, but strongly want America to invest more in jobs and education to aid the middle class.

Writing in The New York Times, Columbia University journalism professor Thomas Edsall said changed political outlooks can be seen in a Pew Research poll that found Americans under 30 — along with blacks, Hispanics and people earning less than $30,000 a year — now view capitalism as less appealing than socialism.

Robert Borosage of the Campaign for America's Future said the election outcome was predictable "in our Gilded Age of extreme inequality, with a middle class that increasingly understands the rules are rigged against them."

"Barack Obama won because he recognized a new America. The president managed only 39 percent of the white vote, the lowest white percentage recorded for a winning national candidate, and suffered a 12-point swing against him by independent voters, but won both the popular vote and an Electoral College landslide by energizing voters we describe as the Rising American Electorate."

Of course, West Virginia will be among the last places to feel the U.S. demographic change. With fewer minorities and smaller urban zones, this state seems destined to remain aligned to the rural "red" camp in national balloting.

But the country keeps evolving, and the "rising American electorate" spells good news for Democratic values in the future.