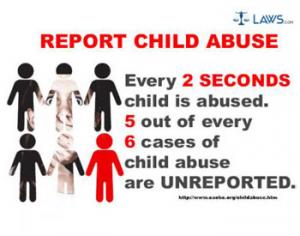 Domestic violence often include children, with the devastating and lasting impact going unnoticed and untreated until manifestations appear years later when the children become adults.

April is Child Abuse Prevention month. But everyday should be child abuse prevention day because abuse of children represents a kind of domestic violence all its own, and the resulting impact on children can often be far more devastating than that experienced by adults. This can be the case whether that child is a victim of that violence or a witness to such violence.

We hear, all too often, about toddlers and teens dying at the hands of abusive or neglectful adults. The circumstances of these deaths transcend age, race and sex, both in terms of those who die and those who allegedly are responsible. Some children die as a result of physical trauma and abuse. Others die out of neglect, being left alone and consumed by fire, for example, while the adult was nowhere to be found.

Society has responded in many ways to address adult domestic violence. Battered women can find a refuge in shelters or some other transitional living arrangement. These shelters provide victims a safe environment and many forms of support until they can change their condition. Such support often saves their lives and changes their lives.

Shouldn't a dependent and helpless child have at least as many options as an adult to receive refuge from those who may be the perpetrator of harm? Shouldn't we as a society expect the same kind of responsiveness and vigilance when it comes to protecting and keeping a child out of harm's way?

Deaths of children in cities across the country paint a grim and alarming picture. These children, and other like them, suffered and died at the hands of adults. Yes, "the system" failed them in that they were, knowingly or unknowingly, exposed to family members and strangers who meant them harm. But as painful as it might be, we must acknowledge that more than "the system" failed some of these children. 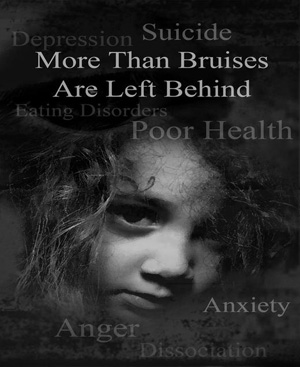 As family members, as neighbors, as a community, as a city – and definitely every childcare agency – we should ask what more could have been done to avoid these tragedies. And, more importantly, what efforts can be made to minimize if not prevent and stop abuse against children in the future?

We must keep the welfare of our children and youth constantly in view. We must keep their emotional and physical well-being very high on the radar screen.

When we hear the words domestic violence it must bring to mind more that the abuse suffered by adults at the hands of adults. It must also mean the abuse that our children suffer in their homes, their neighborhoods, their city at the hands of both family and friend, people they often have come to trust as well as the predatory stranger.

Is it well with my child or some other child I have encountered? Each of us needs to give that question serious thought. Pause and think about all the children you know. Can you really say all is well with them?

Are we really doing as much as we can to intervene in the lives and living conditions of our children who may be at risk? When in doubt, take action.

Children need vigilant adults looking after their well-being all the time. It is a full time job on the part of parents, teachers, church members, and neighbors – all members of the village. And when there are signs that their well-being is compromised or at risk, then efforts should be made to provide them a refuge, safe haven, support system just like adults – even more.