Racial Profiling In The Labor Market ... What's In A Name?

Nowadays your name may say it all when you’re looking for a job. U.S. Research found that some employers might schedule an interview with an applicant based on the name they see on the resume because of their perception that the individual is of a specific race or ethnicity. The other candidates may have the same job qualifications as their counterparts, but face a roadblock because of their names.

The University of Chicago’s Marianne Bertrand, and Massachusetts Institute of Technology's Sendhil Mullainathan, conducted a study for the National Bureau of Economic Research paper, “Are Emily and Greg More Employable than Lakisha and Jamal?”

The duo conducted a field experiment on labor market discrimination by obtaining 500 resumes from online job sites. They chose resumes that appeared to represent strong educational backgrounds and job experience. Then Bertrand and Mullainathan substituted the names with false names that sounded white or black and applied for 1,300 jobs advertised in The Boston Globe and the Chicago Tribune.

The research found evidence that suggested discrimination against African-American names, while white names received 50 percent of the calls for job interviews. Bertrand and Mullainathan’s research showed that discrimination is consistent in a variety of occupations. The outcome of the study suggests that racial discrimination is alive and well in today’s labor market.

"All of us have feelings that are unconscious, we might not be aware we have these feelings, they are like habits of the mind set we grew up with, but learned to suppress, try to control and pretend that we don’t have any longer."

The Gallup Poll surveys and the Implicit Association Test access racial attitudes, while the IAT utilizes word connection strategies, such as “white means good and black means bad” to obtain the necessary results from its exams. "The IAT and others like it test what people are thinking without asking them directly," says Dovidio. "That is how you measure that 80 percent of whites have these unconscious biases."

The study asked the students to make decisions about future enrollments at the university; they received black and white candidate photos, transcripts with high GPAs and SAT scores, poor qualifications, as well as a batch featuring both high and low GPAs and SAT scores.

The findings showed there was no bias for black or white students with impeccable credentials. There also was no preconception for the weak candidates because nobody wanted to admit them regardless of whether they were black or white. However, when applicants had a mixture of either strong or weak qualifications, they recommended black students less than white students.

The second part of the study asked the students to rank the different predictors for college success. When dealing with a white person, the collegians would say that SAT scores were the best way to determine success in college and recommend that person for acceptance at Colgate University. If it were a black student, the subjects would say the most important quality for success in college was the area the black person showed a weakness in and deny admission. The study proves that people may exhibit racial behaviors without any actual awareness of this tendency.

"When in an extremely good or bad situation, the students showed that they could control their feelings and not articulate basic unconscious biases," says Dovidio. "However, when they’re in an ambiguous situation, they moved toward supporting the white person and excluding the black person."

The National Fair Housing Alliance (NFHA) continuously tests for incidents of discrimination. This non-profit organization, founded in 1988, utilizes its 75 centers nationwide to address housing, lending, insurance discernment issues, racial, and sexual harassment in housing, while promoting equal opportunities and integration in communities across the U.S. 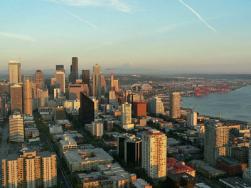 The organization hires and trains multi-cultural testers who pose as renters or home seekers. The testers evaluate real estate and rental agents during one to four visits in around 10 cities in the continental U.S. each year. They contact the agents via e-mail, Internet or phone and provide the NFHA with a comprehensive report.

"We conduct enforcement-testing, which is where testers write very detailed narratives about their interaction with the agent including how old they look, what they’re wearing, what kind of car they drive and a license plate number," explains President and CEO Shanna Smith.

The NFHA found that e-mail and name profiling are on the rise. Their testers utilize a name and voice that people would distinguish as sounding Caucasian, African-American, Asian-American or Latino when contacting real estate and rental agents.

In 2002, the NFHA conducted a three-year investigation of companies in 12 cities that Housing and Urban Development (HUD) representatives felt weren’t honoring the Fair Housing Act by failing to show African-Americans homes in Caucasian areas or white people homes in ethnic neighborhoods.

Smith has advice for future homeowners, she says, "pick homes in your price range because some real estate agents limit your opportunity to choose. As a buyer, regardless of your color, ask the agent to show you all of the different neighborhoods in your price range. Don’t trust everyone. It’s just like buying a car or getting a home mortgage – you need to do your research."