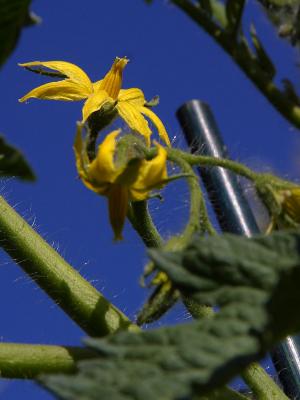 Cruz Salucio gets up at 4:30 every morning and leaves the tiny trailer he shares with nine other farm workers in Immokalee, FL. The 25-year-old Guatemalan joins a crowd of tomato pickers in a vacant lot by the general store. Farmers arrive before sunrise, lumbering along in old school buses to pick up workers.

"In the harvesting season, there's plenty of work," Salucio says. "But as the crops decrease, so do our working hours and resulting paychecks."

Immokalee farm workers earn between 40 and 45 cents for each 32-pound bucket of tomatoes they pick, according to the Department of Labor. The wage has not increased since 1978. At that rate, a picker has to fill 150 buckets in a 10-hour day to make minimum wage, says Julia Perkins, a spokesperson for the Coalition of Immokalee Workers. "Tomatoes can't be picked when they're wet because they'll bruise," Perkins says. "That means no work on rainy days or when there's dew on the tomatoes."

During the winter, 90 percent of tomatoes consumed in the United States come from Florida.

After moving to Florida in 2005, Salucio was surprised to find farm workers struggling to survive, paychecks barely covering expenses for rent and food.

"We live in crowded conditions to share the rent," Salucio says. "The trailers are falling apart, with roaches and rats in many of them."

The Coalition of Immokalee Workers, an organization of 3,500 seasonal farm workers from Mexico, Central America, and Haiti, is making significant strides in the fight to improve members' pay, living and working conditions.

Salucio is on the staff of 10 paid workers at the Coalition office. "It's an exciting time here," he says. "Our support base is increasing, and our voice is getting stronger."

Sharing office space with the Coalition, the Student Farmworker Alliance works to fight human trafficking and publicize the alarming incidents of debt-bondage slavery in Florida. There have been seven convictions of slavery against Florida farmers in the last 12 years, involving over 1,000 workers.

"This is not only about fair pay, but basic human rights," says Rev. Noelle Damico, National Coordinator of the Campaign for Fair Food at Presbyterian Church (USA). "Many American consumers are unwittingly complacent about farm worker exploitation, Damico says. " But once they're aware of it, some are eager to support the cause of justice."

The National Black Presbyterian Caucus is at the forefront of the Campaign's work on the issue of modern-day slavery. "As people of color who understand the terrible legacy slavery had, and still has, caucus members are getting behind the effort to end human trafficking," Damico says. "Along with African Americans, the Campaign for Fair Food includes first generation immigrants and others who have overcome exploitation. We seek to expose modern-day slavery and bring it to an end."

The Campaign has teamed up with Freedom Network USA, a collaboration of anti-slavery groups, to educate professionals about modern-day slavery, and assist victims.

A Penny More Per Pound 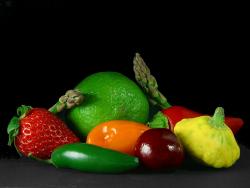 Taco Bell restaurants were the first boycotted by the Coalition and supporters in 2003. Two years later, Yum Brands (parent company of Taco Bell, Pizza Hut, and KFC) agreed to pay a penny more per pound for tomatoes from Immokalee growers. McDonald's and Burger King eventually signed on as well.

"Their agreements include a code of conduct to protect farm workers' rights," Perkins says. "Workers received separate checks from these agreements in 2006 and 2007."

But then the Florida Tomato Growers Exchange—which represents the state' $400 million tomato industry--balked and threatened its members with $100,000 fines for participating in the agreement."

For the 2008 and 2009 picking seasons, workers did not receive the pay increase. "The three restaurant chains upheld their agreement, but the extra money went into an escrow account," Perkins says.

In April 2008, a congressional hearing led by Vermont Senator Bernie Sanders called for an investigation into worker conditions.

Reggie Brown, Vice President of the Florida Growers Exchange, testified at the hearing. "We don't believe it is possible to legally and fairly get the extra payments into the hands of the specific harvesters who pick the tomatoes bought by the restaurants," he said.

There was, however, an accounting system in place for doing that. "It was working fine in 2006 and 2007," Perkins says.

Since the hearing in 2008, the Campaign for Fair Food has made major progress. Three Florida growers, including East Coast Growers and Packers--the third largest in the state, have committed to work with companies involved in the Fair Food Agreement. In addition, four more tomato buyers have signed the agreement: Whole Foods, Subway, Bon Appétit, and Compass Group.

The ground is now broken, and an end to the "Harvest of Shame" is now within sight.

"It is impressive to see these migrant workers who labor in sweatshop conditions, confronting the big, powerful corporations," says Jordan Buckley, coordinator of Interfaith Action Group in Immokalee. "They're standing up for their rights, and their voices are being heard."

On December 1, 2009, the CIW announced a nonprofit auditing company would monitor the wage increases of thousands of Florida tomato pickers, based on the Fair Food agreements.

Massachusetts-based Verite, which supports safe, fair, and legal working conditions in more than 65 countries, will also ensure that tomato growers who signed the agreement will adhere to stricter labor standards.

Chipotle restaurants have a manifesto of "Food with Integrity," stating concerns for animals, the environment, and farmers. However, Chipotle has refused to discuss the Fair Food Agreement since 2006, when first approached by the coalition.

Sean Sellers, Food and Society Fellow at the Institute for Agriculture and Trade Policy, recently challenged Chipotle CEO Steve Ells to a debate at any public forum of his choosing. "After all, if you can't back up your position, then integrity demands that you change it," writes Sellers in the online Grist magazine, December 11, 2009.

"People want their restaurants to truly have integrity, not just say so," Perkins says. "When all the buyers of tomatoes come to the table, we can finally modernize this industry that's been backwards for so long."

Jordan Buckley met a group of Immokalee workers in 2002 while he was studying at the University of Texas at Austin. "Our campus Green Party group was protesting at the Western Hemisphere Institute for Security Cooperation (WHINSEC) at Fort Benning, Georgia," Buckley says. "Although we're all white, we found common ground with the Haitian and Guatemalan workers we met."

"The farm workers connected their struggles in the fields with the abusive tactics being taught at that facility," Buckley says. He and his colleagues took the workers' message back to Austin and organized a boycott of Taco Bell on their campus.

After receiving his degree, Buckley spent a year working for Network In Solidarity with the People of Guatemala. "I was an escort in dangerous areas for village residents," he says. "Many Coalition members witnessed atrocities in Central America during the 1980s and 1990s. I'm honored to work with them today." 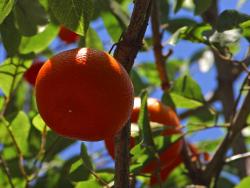 Salucio works at "Radio Conciencia", a low-power Immokalee radio station reaching farm workers from various ethnic groups. "We have multi-lingual news and commentary, and music from different countries," he says.

The station airs from the coalition's community center, near the site where thousands of workers board buses that carry them to the fields each day. A meeting hall, cooperative grocery store, offices and media center are now all housed in the community center.

This is where Lucas Benitez, a coalition spokesperson and recipient of the Robert F. Kennedy Human Rights Award, meets with fellow farmworkers. "Our progress is due to the dedicated workers," he says, "supported by groups and individuals who care."

Alliance members attend rallies, disseminate information on campus, and write letters to editors, sometimes encountering bitter opposition. "It's sad to hear comments like, 'Those illegal immigrants deserve what they get," Cisneros says. "They do have visas."

In Civic Engagement class, Cisneros describes the Coalition's efforts. "Some students say they haven't heard about the farm workers' plight, and this is surprising," she says. "We're the public university closest to Immokalee."

As Burger King presented a formal agreement to the Coalition in May 2008, Lucas Benitez addressed the joint press conference at the U.S. Capitol, saying, "Dr. Martin Luther King said it best: 'The arc of the moral universe is long, but it bends toward justice.' Company by company, we are building a path toward justice. The next steps are up to those companies that stand before us in the road ahead."

More information about the Coalition of Immokalee Workers can be found on their website: www.ciw-online.org.