Entrepreneurship Across Continent And Culture: The Impact of Tribalism and Ethnic Networks 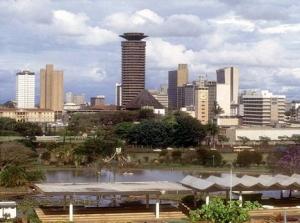 Ethnic networks carry business-related information, including business and trade secrets. Channeling information creates entrepreneurial chains, which support entrepreneurship in the community as a whole, and these ethnic networks encourage mutual aid and advice. For the fledgling entrepreneur, ethnicity is useful in that it defines, structures, and shapes social networks that are crucial for engagement within the business environment.

However, the role of ethnicity in business, as described here, is not legitimate in relation to ethical or moral evaluation. Being in a given ethnic network may be objectively advantageous or disadvantageous, with respect to business. Nevertheless, it is neither a positive nor negative in the ethical or moral sense.

The part played by ethnic networks in business is analogous to the role of other networks in the economy. As sociologist, Mark Granovetter, explains in Getting A Job: A Study of Contacts and Careers, many people obtain information about jobs through informal channels and activities not directly associated with a job-search. Granovetter explains that employers gather information about their prospective employees from people known to both of them. According to Granovetter’s findings, informal contacts often lead to better paying jobs as well as jobs that are more prestigious. These contacts may be former colleagues, old school mates and fellow party members, and it is commonplace to use such contacts. This avenue of utilizing a network is not an ethical or moral problem, unless discrimination is involved, in which case, it becomes something else.

In principle, being in a network does not create a situation of right or wrong, good or bad, moral or immoral, or positive or negative. It is impervious to ethical evaluations and characterizations, and there is nothing inherently negative or positive, morally speaking, to utilize ethnic networks in business. Moreover, tribalism is not a factor in ethnic networks related to business providing there is no element of discrimination against a fellow Kenyan because of his ethnic origin.

Tribalism, discriminating against people because of their tribe, even if it may foster enterprise, is never positive because it rewards mediocrity, and punishes excellence. It subverts efficiency, and does not support or economic closure. Max Weber argued that economic closure arises from successful efforts to reduce and restrain competition. In addition, tribalism cultivates bitter feelings among the citizenry and its ultimate goal is to monopolize, which is not good for the economy. There cannot be trust where there is tribalism, and trust is essential to enterprise.

Tribalism is neither a positive nor a negative species. Overall, we expect less honesty from politicians, and Kenyatta was a politician. Moreover, we should view his apology for tribalism in light of that fact, since he was one of the three chief architects of tribalism in independent Kenya, the other two being Odinga and Daniel Arap Moi, but Kenyatta undoubtedly had a professional interest in seeing tribalism in a positive light.

But even some scholars have claimed tribalism has enabling capacities. The late Professor E.S.Atieno-Odhiambo is a case in point. In "Ethnicity & Democracy in Kenya," a 2004 article, he said tribalism "may facilitate uncensored demands for ethnic representation at the levels of state power." This view is at best an agitation for ethnic affirmative action, and at worst, a variant of "it is our turn to eat," the mantra of tribalism. The mantra, at least to the gullible, has an equalizing ring to it, but tribalism is neither an egalitarian project, nor a mechanism for equalizing the distribution of resources among Kenyans. Even if ethnic groups were proportionally represented at "the lattices of state power," there would still be no redistribution of power and wealth. In other words, tribalism has no egalitarian promise.

In “Moral Political Argument in Kenya,” John Lonsdale, another scholar who claims to have seen the advantages of tribalism, draws a distinction between “political tribalism” and “moral ethnicity.” The former, which he defines as “mothering,” determines how “we” behave in relation to “others” in the arena of a multi-tribal state. It is tribal rivalry “for the share of public resources,” he says, adding that it “has been the most reliable protector of ruling elites against the emergence of a nationally critical public.”

Obviously, “political tribalism” is a useful tool to the rulers, but according to Lonsdale’s opinion, the ruled have also profited from tribalism because “moral ethnicity” has given them advantages. “Moral tribalism,” according to Lonsdale, is a process of “ourselves-ing” and arises out of the internal discourses of social responsibility. This belief system arose during colonial times when “socio-moral communities emerged out of formerly more structured, less bounded societies.” The way Lonsdale explains it, the debate involved in “moral tribalism” revolves around how we should behave among “us, ourselves.” In Lonsdale’s view, “moral tribalism” is a popular defense against exploitation by patrons or rulers, and it predated “political tribalism.”

It is highly doubtful that tribalism has served as a moral critique to hold rulers accountable to those they rule. The distinction between “political tribalism” and “moral tribalism” is arbitrary, artificial and false.

However, “ourselves-ing” and “othering” are inseparable and concurrent events. “Ourselves-ing” certainly involves creating “us,” “them,” and the “other,” it definitely involves seeing “ourselves” - even if this includes internal social structure and organization as well - in relation to others. “Ourselves-ing,” which must be taken to mean the construction of us and we in the arena of multi-tribal interactions within a multi-tribal state setting, while at the same time “othering,” meaning constructing them, is logically and practically impossible. “Ourselves-ing” and “othering” are antitheses, and neither can occur without the other. In Lonsdale’s explanation, “moral tribalism” is non-existent, therefore, no Kenyan has benefited from it.

Tribalism was never a defense against oppression and exploitation by rulers in Kenya. Critical discourses in Kenya were Judeo-Christian, epitomized by the acts of Bishop Henry Okullu, Bishop Alexander Muge and Reverend Timothy Njoya. There were environmentalist actions as represented by professor Wangari Mathai, socialist, Ngugi wa Thiongo who was a paragon, the journalistic styles exemplified by the Nairobi Law Monthly, and the legal profession, whose representative voice was the Law Society of Kenya.

Negative tribalism is a myth. It is the result of Kenyan ambivalence towards tribalism, and it is a convenient way of concealing tribalism, as well as the moral and intellectual cant, political envy, jealousies, frustrations and calculations exhibited throughout history.