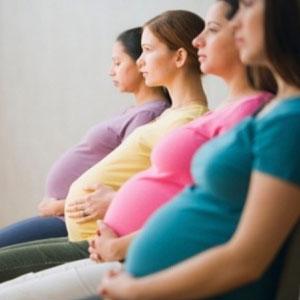 California appeared to rank the highest when it came to the sterilization of Latino women over several decades, but 32 other states also practiced this same policy for a long time as well. Photo Credit: Getty Images

When the Heritage Foundation released a report co-authored by Jason Richwine, whose university dissertation concluded, “New Hispanic immigrants will have low-IQ children,” the country was outraged. However, a new report – and upcoming documentary - indicates that among the 32 states that once enforced laws to force sterilization of Latino women for just such a reason included California.

According to research from the University of Michigan, California disproportionately targeted Latino women for forced sterilization between 1909 and 1979. The researchers found racial bias in over 20,000 sterilizations, with nearly 30 percent of the sterilizations of Latino women were mental health patients. A 1909 “eugenics law” made sterilization legal based on sexual deviance, epilepsy, labeled as "feeble-minded," or having an I.Q. of 70 or lower. Most of the procedures occurred between 1922 and 1952.

Worse, those sterilizations accounted for about a third of the 60,000 sterilizations performed in 32 states based on similar laws. California finally repealed the law in 1979.

"This historical research raises important questions about the lingering legacy of eugenics in contemporary California and the ongoing struggle for women's reproductive rights in the Americas," said Alexandra Minna Stern, UM professor of obstetrics, gynecology, and American culture.

A similar University of Vermont study in October 2012 found that African American women in the 1960s made up as much as 60 percent of forced sterilizations by the “Eugenics Board of North Carolina.” Last June, a proposal to compensate thousands of black female victims of forced sterilization in that state failed.

According to Stern, she found that similar “records in Alberta, Canada, indicated that sterilization of First Nations or indigenous women were at high rates" as well.

While planning a digital historic archive of such “eugenics” records, Stern is also featured in an upcoming documentary film, No Mas Bebes por Vida (No More Babies For Life.)