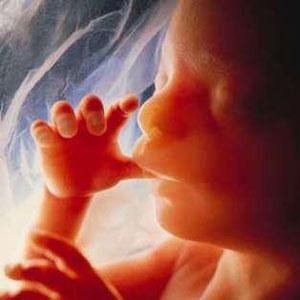 Babies are the most precious gifts we can receive, but in certain situations, like rape and incest, some mothers to be are not certain about keeping the child, or even consider having an abortion. But the real question is: who has the right to make that choice, the mother, or the government? Photo Credit: onenewspage.com

PHOENIX (AP) - Civil rights groups on Wednesday sued Arizona to block a 2011 law banning abortions based on the race or sex of the child, which makes it a felony to knowingly provide a sex- or race-based abortion.

The ACLU filed the lawsuit on behalf of two civil rights groups. The lawsuit seeks an injunction blocking the law, which makes it a felony for anyone to knowingly perform, or provide financing for an abortion based on race or gender. The law also requires doctors to question patients and requires the patient to file an affidavit swearing race and gender are not the reason for the abortion.

Republican Rep. Steve Montenegro, a co-sponsor of the 2011 law said, it's designed to prevent discrimination. "We don't want to discriminate based on somebody's sex or somebody's race. This has to do with protecting the dignity of life and not allowing abortions based on the sex of the baby or the race of the baby. That's what this is about."

"This law is clearly a wolf in sheep's clothing that purports to be about achieving equality for women when in reality it's an attempt to control our reproductive decision-making," said Miriam Yeung, NAPAWF's executive director. "We hope the judgment in this case will expose the true intentions of the politicians behind these abortion bans and show unequivocally that they discriminate against women of color, Asian-American, and African-American in particular."

The case alleges the law violates the 14th Amendment's equal protection clause. "The long history of jurisprudence ... says laws passed with a discriminatory intent and racial stereotypes cannot stand, period. Cannot stand," said Dan Pochoda, an ACLU lawyer. "And it is clear from the legislative history that that was the basis for the decision-making by the Legislature and the governor in this case." 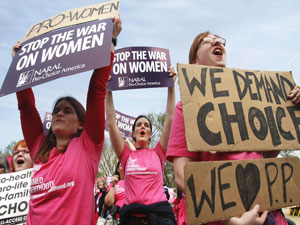 Some Asian cultures value male children, and lawmakers were concerned they would abort female babies as more Asians immigrated to the state, according to legislative history cited in the lawsuit. The high rate of abortions in the African-American community, cited as proof that blacks use abortion to "de-select" their own race, the suit said.

The lawsuit comes just months after a federal judge blocked a 2012 Arizona law that banned any public funds from going to Planned Parenthood of Arizona for non-abortion women's healthcare because the group also provides abortion services. The U.S. Supreme Court refused to overturn a similar decision on an Indiana law on Tuesday, but the Arizona attorney general is continuing an appeal on the ruling to the 9th U.S. Circuit Court of Appeals.

North Dakota and Kansas enacted sex-based abortion bans this year, but they're not yet in force. The North Dakota law also bans abortions because the fetus has a birth defect.

A Republican Arizona congressman, Trent Franks, introduced a federal law similar to Arizona's in recent years, but it failed to win passage.