Wedding rings symbolize eternal love, so what does money have to do with it?

The surge of divorces in recent years helps maintain the public’s bleak view of marriage. In 2008, 14 percent of American couples were divorced or separated, up from 5 percent in 1960. The numbers of those never married rose to 27 percent in 2008, almost double the couples who chose not to marry in 1960. Today, the percentage of married Americans is at 52 percent, a 20 percent drop since 1960.

In the article, “Who Needs Marriage? A Changing Institution,” writer Belinda Luscombe concludes that in the past people married for spiritual, symbolic, or social reasons, which today, are often facilitated without marriage. Luscombe explains, “Neither men nor women need to be married to have sex, companionship, professional success, respect, or even children — yet marriage remains revered and desired.”

The Pew Research Center found that all respondents looked forward to marriage. Some may feel apprehensive about marriage because as children they witnessed, first-hand, relationships that lead to divorce. 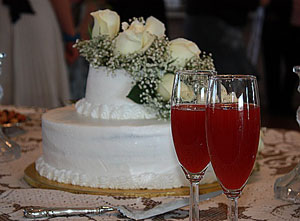 Another reason is money. The Pew Research Center finds, “There are distinctive socio-economic, generational, and racial patterns showing up in the trends away from marriage and toward single parenthood and other emerging family forms.” The marriage rate for college graduates is at 64 percent in comparison to those who never attended college at 48 percent.

Whites, at 56 percent, are much more likely to tie-the-knot then African-Americans who come in at 32 percent. The marriage rate for Hispanics is 50 percent, which might tie into the spiritual reasoning denoted by Luscombe. The average age for a couple to marry is now 28 — an age consistent with college completion and having built a stronger financial foundation.

The Pew Research Center indicates that the marriage gap and socioeconomic gap potentially support each other as they both expand alongside one another. While the Pew Research Center survey pinpoints one precise moment when the population was married, not married, divorced or separated, or widowed for the year, the number of marriages continually increased from 1960 to 1984, starting at 1.52 million and peaking at 2.84 million. Weddings declined between 1984 and 2009 to 2.08 million; and ironically, as the number of marriages fell, the cost of a wedding continued to rise in that same time-frame, surging from an annual cost of $15,200 in 1990 to $28,730 in 2007. It was not until the “The Great Recession” years (2007 to 2009), when the average wedding costs decreased from $28,730 to $19,580. Unfortunately, in 2010, the average wedding costs increased 21.9 percent, resulting in an average cost of $23,867, and cash-strapped couples cannot finance a wedding cost of that magnitude. 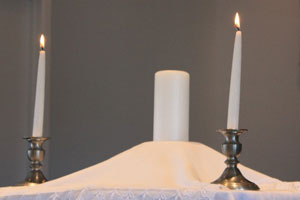 As each generation redefines marriage, the tradition of a couple marrying before having kids, is no longer a requirement. The Pew Research Center finds that the basic concepts of a family structure that consists of a woman and man persist as commonly ideal for the household unit, but that marriage is no longer the trigger to begin the family.

Respondents overwhelmingly, at 76 percent, agreed family was the most important aspect in their lives. The Pew Research Center reports that, “While the structure and composition of the family has changed, the importance of family has not diminished in the process. The modern family, in all its forms, is highly valued and remains a source of great satisfaction for the vast majority of Americans.” In ranking the reasons for marriage, both the married and unmarried agreed that the top three was love, lifelong commitment, and companionship. Coming in as the lowest reason for both groups was financial stability and children.

Overall, Americans appear to respect the value of marriage; however, fewer and fewer couples are saying vows. Unfortunately, the dream wedding remains elusive for many couples who do not have the finances to commit.