Our Stroke Of Luck 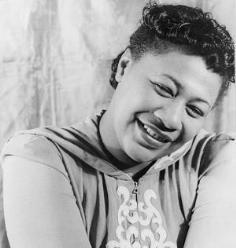 Two years ago while bogged down in the important details of promotions, media interviews and speaking engagements for my latest book, life got in the way. It was 9 a.m. when I called my mother’s house to say hello and was greeted by the voice of a young man I didn’t recognize — the paramedic.

“Your mother fell and she’s not responding, so we are going to transport her to the hospital,” he informed me coldly. “What’s wrong?” I shouted back almost uncontrollably. “We don’t know,” responded the voice with that same detached calm. “She is not responding.”

Fortunately, my mother survived a hemorrhagic stroke, one of the deadliest. However, it was just the beginning of a harrowing journey into her life — one, I actually knew very little about. Ironically, if it wasn’t for the stroke, I still might not know, and she might not have been around to tell me.

After a painful divorce from my father after 32 years of marriage, my conservative Catholic mother went to pieces before meeting and being taken advantage of by a charming con man. He was actually a drug and alcohol addicted, convicted felon, who lured her into a 10 year, insane, abusive, and life-threatening relationship.

The worst part was that I was a young reporter at the time wrapped up in my own budding career and chasing down the hottest stories, yet, I was ironically unaware of my own mother’s dramatic saga. A few days after her stroke, I came to her home to find the locks changed, and his entire family ransacking the home I grew up in, stealing and destroying her life, piece by piece, while she was in a hospital bed.

Amazingly, it took a court order to remove them from her house because I had to convince a judge that they did not belong there. That is when the real story began.

I learned everything about the life she had been sucked into over the last decade. From the hidden photos of abuse, to the garbage cans filled to the brim with empty booze bottles, the evidence of drug use in and around the house, piece by painful piece, the foundation of my family, my youth, and my world was torn apart. Then there was the terrifying prison record, the history of gang violence, and the chilling threats of violence against her and the rest my family.

The nightmare kept unfolding day by day with a blur of police actions, court battles spent defying his lies and excuses, and almost a year of forcing him out of her life, all the while trying to get her to walk, to talk, and to live again. However, after all was said and done, most importantly, it was a year spent trying to heal and unite our family, which had been torn apart by divorce.

Each of us had lived our wont of separate lives since then with little involvement with each other. My mother’s stroke became an unexpected opportunity to come together again, to help each other. Little by little, we cleaned up our acts and tried to respect, appreciate, and make each other shine. We scrubbed 20 years of grime and grease off the floors and walls of my mother’s house. We changed the carpets, and cleaned out the past as much as we could. We learned about her secret past, as she did her best to get us to let go of it.

A month after my mother’s stroke, I was speaking to my brothers almost every day; we hadn’t done that since I was a teenager. My oldest brother, who had kept to himself too much for his own good, became my teammate, and together we worked on the game plan for my mother’s recovery. Today my mother is home. She is walking more, talking more every day, but we depend heavily on the kindness of friends, new and old.

We cannot “make’ her body heal, but every day we learn to love her, grow and rejoice with her a little bit more instead of squandering away these days wishing things were different. In a strange way, her stroke was the best thing that could have happened to her, and to us. I reflect on that as I slip in a CD of old jazz standards, and ask my mom to stand up, let go of her walker, and hold onto me instead.

For the first time in a decade, I dance with her. “The memory of all that” sings Ella Fitzgerald. “No they can’t take that away from me.”