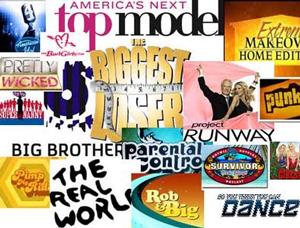 Americans, since the early days of prime time, have been in love with situation comedy. In its short history, the genre has become an integral part of our culture. The American audience is on a first name basis with favorite sitcom characters, and it is the rare (or very young,) American who does not immediately recognize names like Lucy, Beaver, Opie, Meathead, and Fonzie. In recent years, however, a new animal has crept into the television jungle, threatening to devour the popular sitcom. The name of the new animal, Reality TV, but it is not exactly a new concept.

Sitcoms, for the past 50-plus years, provided a window aimed straight into the homes of our favorite characters. At the same time, they allowed us to safely, satisfy nearly every kind of voyeuristic curiosity about other families. 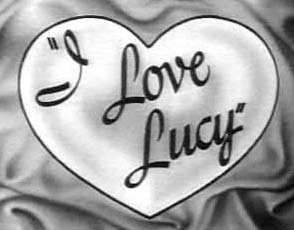 When Desi Arnaz and Lucille Ball were expecting their second child in December of 1952, they wrote the pregnancy into the script, and they chose to air the “Lucy Goes to the Hospital,” episode to coincide with the actual birth of Desi Jr. by caesarian section. More Americans tuned in for the birth of “Little Ricky” than any previously aired program.

Most sitcoms during the 1950s presented an idyllic picture of family life; and while shows like Father Knows Best, The Adventures of Ozzie and Harriet, and Leave It to Beaver, did not necessarily reflect the real-life situations of all Americans, they did represent a set of ideals. When Jackie Gleason’s, The Honeymooners, aired in 1952, television viewers became privy to a somewhat grittier side of life. The show featured two middle-aged couples living in a shabby Brooklyn apartment building. Far from perfect, Ralph Kramden and Ed Norton were average working-class husbands trying to make ends meet. The show only survived for 39 episodes, and it appeared that the country was not quite ready for this dose of reality.

As social attitudes began to change during the 1960s, sitcoms began to reflect those changes. Bewitched, The Dick Van Dyke Show, The Munsters, and The Addams Family, featured strong female characters. Single parents first appeared on the sitcom scene during this decade as well, with The Andy Griffith Show, The Courtship of Eddie’s Father, My Three Sons, Family Affair, and Julia.

The traditional television family had all but disappeared by the 1970s. It was during this time that the nuclear family of Happy Days found success, but ironically, the show mirrored a long-gone era. The Partridge Family depicted a fatherless family of musical performers, The Brady Bunch was the result of “blended” families, and One Day at a Time presented the difficulties of a single, divorced mother. 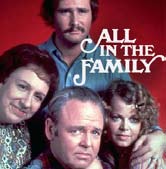 The sitcom genre took an extreme turn in 1971 when All in the Family gave us Archie Bunker. Often referred to as “a loveable bigot,” Archie was a working class, opinionated character who viewers recognized either as a member of their communities, or themselves. All in the Family tackled sensitive issues such as racism, women’s liberation, homosexuality, rape, breast cancer, impotence, and miscarriage. Archie Bunker provided the country with its first serious (if scripted) taste of reality TV. All in the Family also spawned Maude, a female liberation version of the show, and The Jeffersons, an African-American version.

The 1980s and 1990s brought a mix of tradition and edgy reality to the small screen. Growing Pains, Family Ties, and Home Improvement, kept the traditional family alive, but shows like Roseanne, Married…With Children, Everybody Loves Raymond, The King of Queens, and The Simpsons, gave us a peek at less than close-knit families. Murphy Brown took on single motherhood, and when The Cosby Show aired in 1984, the world viewed the lives of the Huxtables, an upper middle-class African-American family. Another aspect to the world of this look into sitcoms included shows like Seinfeld, Friends, Ellen, and Will and Grace, which portrayed groups of friends who functioned as family units. They relied on each other for support rather than parents and siblings. 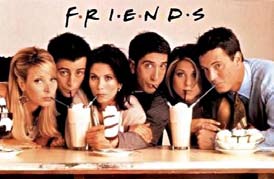 The new millennium also ushered in a genre of television that some say is causing the extinction of the sitcom. The distinct reality of Reality TV, which is cheaper and often less complicated to produce than the traditional situation comedy. Just as with sitcoms, its success, no doubt relates to our human tendency toward curiosity about how the family on the other side of the fence lives. And its future, as well as the future of the sitcom, hinges on the question of whether writers can create fictional characters who represent reality more accurately than the man on the street.