Children Of Promise: The Forgotten Victims Of Crimes 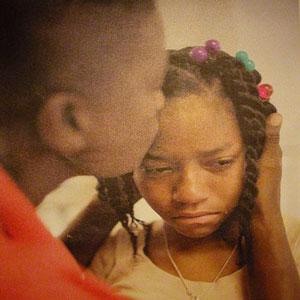 Prison disrupts the lives of everyone involved, but when it is a child’s mother, there is often no one else who can take them, and they end up lost in the system. Photo Credit: sfbayview.com

African-American children are nine times more likely and Hispanic children three times more likely than white children to have a parent in prison. Thanks go to the State of Idaho for assembling a national fact sheet,  which gives us a snapshot of the plight of these children who are often the forgotten victims of crime. The average age of children with an incarcerated parent is eight years old; 22 percent of the children are under the age of five. And there’s more bad news. Between 1995 and 2005, the number of incarcerated women in the U.S. increased by 57 percent compared to 34 percent for men. Since the majority of single parents are women, this means that more kids are being forced into foster care. Ten percent of incarcerated mothers have a child in a foster home or other state care.

Transportation to area prisons, video connection and letter writing all help to keep children and parents in touch with each other. This service alone reduces child anger and helps maintain emotional connections between kids and their parents.

Almost three million children in America have at least one parent in jail. Two hundred of them have been helped by Children of Promise in NYC. Why doesn’t your state or community have a Children of Promise program? Perhaps it’s up to you to start one.

I feel that when a child has a parent who is in prison it is important for them to realize a few things; one being that they don't have to repeat the cycle and end up in prison themselves. I find that children who go through these kind of problems often find themselves getting into trouble later on in life. It is crucial that the children are around a supportive group of people that can explain to them that there can be a different path for them. They don't need to follow in their parent's footsteps. I think it is excellent that there is a program that allows children to keep in touch with their parents. Regardless of the circumstances I feel that in order to maintain a sense of stability in a child's life, they do need to at least have the option to speak with their parent. I think that a child should only do what they are comfortable with. Give them the options and then guide them in the right direction.

This makes me sad to hear, considering black people are subjected to harsh stereotypes that crate a cycle of jail time both because of strain theory and stereotypes causing black people to be arrested more. How is this going to pan out for these children's future?