The Ongoing Debate Over Family Values 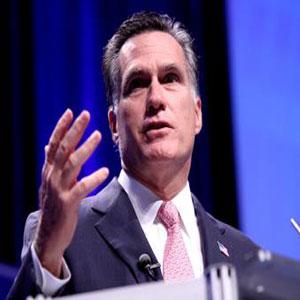 2012 Presidential candidate Mitt Romney will fight for conservative traditional family values in all aspects, including marriage, which he says as president he would preserve the Marriage Act and promote a federal amendment that defines marriage as between one man and one woman. And he does not seem to care how the American people feel about it. Photo Credit: catholicnewsagency.com

The current state of affairs in Washington and Hollywood has everyone from Presidential candidates to Hollywood stars to the local grocers attempting to identify themselves in some way with the buzz words related to family values. Whether it’s the “war on women” or the “war against traditional marriage,” most Americans feel a need to align themselves with some cause against perceived attacks on their own value system. On both sides of the family values issue, people claim victim status as well as a form of moral superiority against their “oppressors.” In the end, who is right? Likely, the answer falls somewhere in the middle.

When it comes to mainstream media, the conservative movement has long claimed it is ostracized for its “traditional” values system, to the point that Brent Bozell started the Media Research Center. Their mission statement says, "a group of young determined conservatives set out to…prove — through sound scientific research — that liberal bias in the media does exist and undermines traditional American values…” As evidence, critics point to movies like 2008’s MILK, which tells the story of Harvey Milk, the first openly gay person to hold public office in California. According to a review conducted by the conservative ChristianAnswers.net, “…the film carries a heavy bias against those opposing the gay movement that climaxes in 1977 with Milk’s election and ultimately his assassination in 1978. This is the greatest problem with this film: its bias.”

While prominent conservative groups try to claim that the media is against them, nontraditional value systems, such as tax incentives are openly attacked in legislation. In 2010, Florida attempted to pass a law allowing 75 million dollars in tax breaks to qualified filmmakers who make “family-friendly” movies in the Sunshine State. The bill qualifies “family-friendly,” as “…suitable for viewing by children age 5 or older…and do not exhibit or imply any act of smoking, sex, nudity, nontraditional family values, gratuitous violence, or vulgar or profane language.” In this case, advocates of same sex unions and gay adoptive parents easily have a more substantial complaint against media and political bias.

More recently, Christians, through the US Conference of Catholic Bishops, claimed that employer provided contraception is a matter of religious freedom while also preaching that gay couples have no civil rights. At the same time, secularist groups such as the Freedom From Religion Foundation calls for its mission statement to reflect its own moral values and openly attempts to silence religious speech. So who is right?

Penn Jillette, a self-proclaimed atheist, might have found a little bit of balance while speaking with interviewer Billy Hallowell of The Blaze. “My definition, for my children…is that I don‘t want my son to not hit my daughter when I’m watching, because he’s afraid of being punished. I don‘t want him to not hit his sister when I’m watching, because he’ll be rewarded. I want him to not hit his sister, because hitting people is wrong.” Now, that is a philosophy most people can accept and respect.