Cultural & Ethnic Family Values: But Whose Are We Talking About? 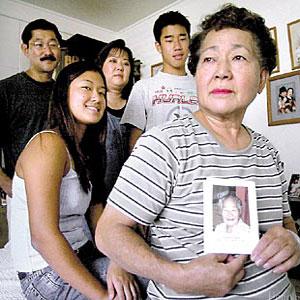 Many cultures in America continue the tradition of multi-generations living together in one home, not just to save money, but because it is something that is part of their heritage. Photo Credit: the.honoluluadvertiser.com

Family values is a catch phrase, often used by politicians on the right, but the term is very subjective. What are family values?

Well, that often depends on the culture, and in the United States, a country made up of hundreds of different ethnic groups and nationalities, there is bound to be some disagreement on what family values are.

When politicians use the word family values, they are often referring to the traditional two-parent family, consisting of a mother, father, and biological children. But this is not even realistic these days with the high rate of divorce. In many cases, marriages involve stepchildren and step parents.

And sadly, in some communities the two-parent family is not the norm.

In the African American community, about 70 percent of children are born out of wedlock and often raised in single parent homes. Studies also show that out-of-wedlock birth rates in the white and Latino communities are also on the rise, making the two-parent family increasingly rare.

However, just because the out of wedlock birth rate is high in the African American community, it does not always mean that African Americans have poor family values. In many cases, although black fathers are not married to the mothers, they often have relationships with their children and care for them. In addition, many African American men care for non-biological children.

Family values differ in other areas. Among European Americans (white people), it may be usual for elderly parents not to live with their children. In fact, studies show that in nursing homes, white residents often get fewer visitors than African American, Latino, or Asian residents.

I believe this is a result of these cultures placing more of an emphasis on the extended family, aunts, uncles, and grandparents. In African, Latino, and Asian cultures, elderly family members care for by younger family members, and not put them in a home. This is a family value that is not often talked about. When politicians use that term, they often see it as a way to bash non-traditional families, but they don't focus on the other aspects.

The importance of the extended family is also seen in African communities around the world. In many of these cultures, family members care of not only senior relatives, but also younger relatives. It is not uncommon for black people to raise nephews, or black grandparents to raise grandchildren. 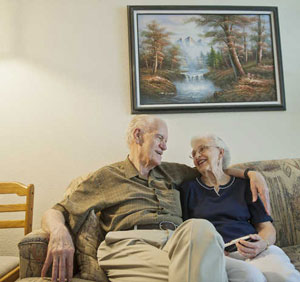 However, this particular family value is not talked about when it comes to legislative policy. And this could have a devastating effect on seniors in the future.

Many Republicans believe that seniors should be taken care of by their families and not rely on Social Security and Medicare.

However, they seem to have forgotten that White America does not have a tradition of family members caring for seniors. Programs like Social Security and Medicare are the only thing keeping many seniors alive.

Take away these programs and many seniors will die, as they cannot count on family to support them.