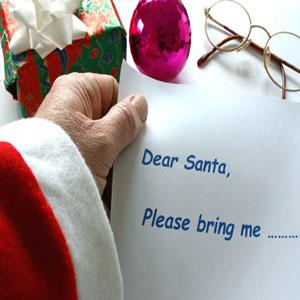 What are America’s poor children wishing for this Christmas? Many just want a home and food on the table, is that truly too much to ask for from a child? Photo Credit: volunteercard.com

Imagine what the growing number of children in poverty would say to President Obama and members of Congress — Ole Saint Nick and the Elves — about what they want for Christmas and the New Year.

This is the season of giving. Grown-ups search the caverns of their minds to find those unique and special gifts for family members and loved ones. Kids are often equally challenged as they try to prioritize what gifts or gadgets they want most from jolly old Saint Nick.

But it can be even more difficult for families and children who find themselves sinking deeper and deeper into poverty. The Census Bureau recently reported that more than 46.2 million Americans are living below the official poverty line, the highest number in the 52 years the bureau has been tracking it.

It is not surprising that minorities live in poverty at a higher level than whites. Blacks experience the highest rate of all at 27 percent, Hispanics 26 percent, and Asians 12.1 percent compared to 9.9 percent for whites.

Unfortunately, 15 million children or 21 percent of all the children in the United States live in families with incomes below the federal poverty level. Overall, 42 percent of children live in low-income families. While these children have parents who work, low wages and unstable employment pose real challenges in making ends meet.

Many children are suffering and going without. Data abounds showing the effects of poverty on the most vulnerable among us, our children. Poverty impedes learning, access to quality healthcare and often contributes to social, emotional, and behavioral problems. 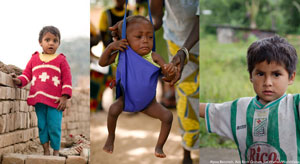 Studies show that poverty is the single greatest threat to our children. Studies also show that sound public policies can fix that. But are Santa and the Elves in Washington listening?

On behalf of the children and youth who live in poverty in this great country of ours, here are some things they would like those in power to consider as we celebrate the Holiday Season and plan for the New Year.

Please become our jolly old Saint Nick and helpful Elves who will begin to include our needs as you work all year long to bring enjoyment, entertainment, employment, and economic development across the land. As you work to get the lobbyists and other grown-ups what they want, why not provide us with some of the things we desperately need?

Just look around. What places do we have to go to after school, on weekends, and during summer? Where are the skating ranks, the skateboard parks, bowling lanes? Did you know for the children and youth who live in the urban cores all across the country, such basic recreational venues that simply do not exist? And yet, you watch as juvenile delinquency and crime continues to increase year after year.

We are sure if you check what is available for children who do not live in poverty, you will find that they have many positive and enriching outlets to enhance their development and growth. We would hate to think that it might be wrongly concluded that we poor kids in are undeserving. 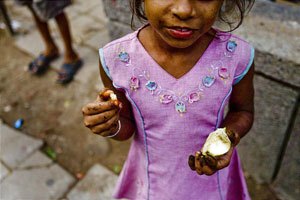 We would be grateful to receive some of the things that non-poor kids and their families take for granted.

Just to mention a few: We kids would just love a soccer field or two, if not at our schools or in our neighborhoods, at least somewhere within our reach. We would love and appreciate venues to develop our talents in music, dance, acting, painting, crafts. Wouldn’t it be grand if some day you could come to a show at the Kennedy center and some of us poor kids were center stage?

We really are not asking you to do those things that our parents should be doing. We are asking you, for the long-term good of the country, to simply pick up where their time and resources leave off. Many of our parents work as hard as they can to do the best they can for us.

We are asking that during this season and in the coming year, that you please consider some great policies with lasting value. And how can those policies not include something meaningful for the poorest children of all?