Cinnamon: A Global Favorite Not Bound By Ethnicity 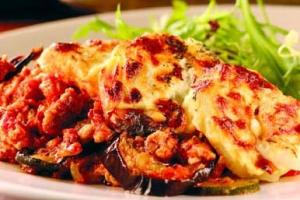 Cinnamon is second only to black pepper as the most popular seasoning in Europe and the United States. It is an integral flavor in Germany’s gingerbread and pfeffernusse cookies, Jewish Chanukkah doughnuts, Passover cake, and the Italian dessert, risotto. Mexican cuisine uses it in flan and chocolate, Morrocan and Middle Eastern cuisines use it when preserving lemons, and the French enhance pastries with it.

Found in the inner bark of a tree, in the laurel family, cinnamon comes in ground or dried forms, rolled into sticks, or as oil derived from boiling the fruit and bark. Today, cinnamon originates in India, Vietnam, the West Indies, and Brazil.

The Romans used cinnamon in love potions and perfumes. The Chinese long revered cinnamon for its warming effect on the body, and the relief it can provide against cold or flu symptoms. During medieval times, doctors treated throat ailments with cinnamon. Cinnamon lowers blood glucose levels among diabetic patients and reduces the risk of developing heart disease.

Flavor, however, is the main reason people use cinnamon. Despite its reputation as an ingredient in sweets, cinnamon also figures prominently in savory dishes across the globe, from Chinese five-spice powder to Mexican mole sauces. In moles, cinnamon pairs with chiles, tomato, garlic, onions, and chocolate. Other ingredients include plantains, pumpkin seeds, tomatillos and other herbs and spices.

Traditional Greek moussaka, like those offered at Tasso’s Restaurant in Kansas City, Mo., and Olympia Restaurant, in Lowell, Mass., employ cinnamon as an important ingredient. Olympia Restaurant’s chef and co-owner, Steve Tingas, says they add cinnamon to the ground pork and lamb filling after cooking the meat with onions, garlic, oregano, salt, and pepper. Their moussaka features layers of potato, eggplant, and meat filling, with béchamel sauce (a seasoned basic white sauce) on top.

“Cinnamon adds a little pizzazz to the overall flavor and aroma as you’re consuming it,” Tingas says. “It contrasts with some of the other ingredients and is very complementary to the béchamel [sauce] and meat mixture.”

“Cinnamon is an ingredient that is part of an overall recipe,” says Lala Rokh owner, Babak Bina. “It adds an element in aroma and flavor, but [it’s] not a driving factor.” Cinnamon is one of many ingredients found in jerk seasoning, which Jamaicans have used to marinate pork for hundreds of years. Many use this complex seasoning with chicken. Jamaican roadside restaurants often serve jerk chicken with hard dough bread, says Stanley Waite, manager of Jamaica Jerk in Chicago. Other favorite sides include rice and red kidney beans and fried plantain. Each jerk recipe varies with the individual who prepares it.

“The main ingredient [in jerk seasoning] is allspice,” Waite says. “There are six to 10 seasonings and cinnamon is the sweetest.”

From the Caribbean to the Middle East, or the Mexican restaurant in your own backyard, you will likely find a dish or two in which cinnamon is a tasty star.

Sauté onion and parsley in olive oil, until tender. Add beef and an ounce of water to moisten and combine. Cook meat until barely brown and then add cinnamon, nutmeg, granulated garlic, salt, and white pepper. Add tomato paste and let simmer five minutes until meat is fully cooked. Remove from heat and set aside (do not refrigerate). Stir in Parmesan cheese and beaten eggs, after meat mixture reaches room temperature.

Shave skin from eggplants so stripes remain. Cut off the bottom and top, and slice remaining eggplant into ½” slices. Place in salted water for an hour, remove from water and dry thoroughly.

Spread a thin layer of oil in the baking pan. Dip each piece of eggplant in flour, coating all sides and then place them on the greased baking sheet. Heat oven to 350 degrees and bake eggplant until golden brown on both sides. Drain on paper towels to remove most oil.

In a 9 x 13 greased pan, spread a layer of breadcrumbs. Lay eggplant slices end to end in pan, with no space between. Sprinkle Parmesan on top, cover with a layer of meat and more Parmesan, and then add another layer of eggplant. Cover with 3-4 cups Bechamel sauce, so it fills the remaining space in the pan. Bake at 350 degrees for an hour, uncovered.