Goulash: The National Food Of Hungary 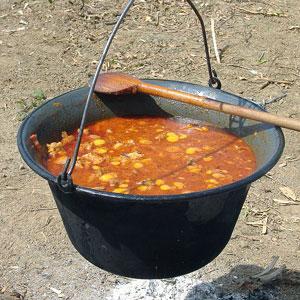 In order to really understand and experience a country you must first take a bite of its food. Indeed, learning more about the culture with every bite. Such is the case in Hungary where the national food is goulash.

The name goulash actually originates from the Hungarian word gulyás and simply means a cattle stockman or herdsman. A traditional Hungarian food dating back 300 years to when poor shepherds and herdsmen cooked their food or goulash, in cast-iron kettles over an open fire in the fields.

In the late 19th century, town folk and noblemen realized it as a meal worth naming as one of the country’s most important dishes. By the latter part of the 1900s, Hungarian restaurants included goulash on their menus, and since then, it is the main dish tourist’s request.

Not in Hungary, but in other parts of the world, goulash may also be a stew or casserole, and is most easily described as a European soup or stew of meat, vegetables, lots of onions, and seasoned with paprika as well as a variety of other spices. In Hungary, there is a distinct difference in the thick and hearty meal versus a simple soup or stew served in other countries around the world. 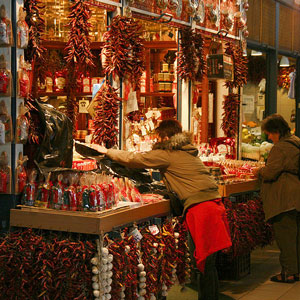 According to Budapest Tour Guide, the varied culinary repertoire of Hungarian goulash is the most famous and often cooked dish outside the borders of Hungary. However, many confusions and misconceptions surrounding its exact preparation method cause the varied tastes. It’s no surprise either that even in Hungary, every chef or housewife, cooks it their own way with a dash of an extra ingredient here or taking something out that failed in the past.

A truly authentic gulyás or goulash is however, always a beef dish cooked with onions, Hungarian paprika powder, tomatoes, and green pepper. Some people also add potato and noodles. Depending on how it is cooked, goulash should have a thick consistency like a sauce, and it is always the main dish.

According to the Hungarian Food website, “Goulash can be prepared from beef, veal, pork, or lamb. Typical cuts include the shank, shin, or shoulder; as a result, goulash derives its thickness from tough, well-exercised muscles rich in collagen, which converts to gelatin during the cooking process. Cut the meat into chunks, season with salt, and then brown with sliced onions in a pot with oil or lard. Paprika is added, along with water or stock, and the goulash is left to simmer.” 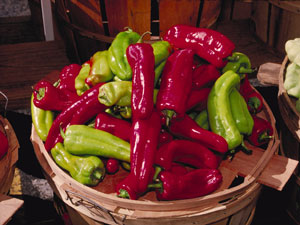 Many cooks also add garlic, caraway seeds, carrot, parsnip, peppers, celery, and a small tomato as well as herbs and spices like hot chili peppers, bay leaf, and thyme to liven up the goulash taste. You might also find goulash served with csipetke, a small egg noodle, with its name derived from pinching small, fingernail-sized bits out of dough and adding it to the boiling pot of goulash.
Since paprika is an important ingredient in goulash, there is a variety of paprika to choose from, and each offers its own unique flavor. On the Hungarian Food website, there is a list of Hungarian Paprika’s including különleges; the mildest and brightest red of all Hungarian paprika’s with an excellent aroma, csemegepaprika or Rózsa, which is pale red in color with a strong aroma and mild pungency, or the half-sweet félédes, a blend of mild and pungent paprika’s with medium pungency.

While the ways folks in Hungary and around the world prepare goulash continue to grow, the most important thing to remember when preparing your own dish is that the truly traditional way to make Hungarian goulash will always include beef, onions, and paprika. No matter what other ingredients you choose to add remember that sometimes keeping it simple is the best option. 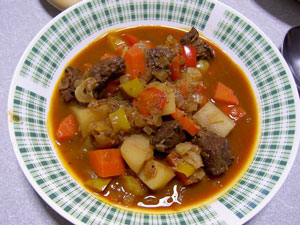 For csipetke (Pinched noodles added to goulash or bean soup in Hungary. Csipetke comes from the word csípni, meaning pinch in English, referring to the way of making this noodle):

Beat small egg; add a pinch of salt and flour to knead stiff dough. Flatten the dough between your palms and pinch small, bean-sized pieces from it and add to the boiling soup when called for in the preparation instructions.


Sources:
www.budapest-tourist-guide.com/hungarian-goulash.html
http://hungarian-food.hungaryguide.info/
Cecilia Trammell, my grandmother who made goulash on a regular basis