Scotch Whiskey Made Only In Scotland: A Cultural Must 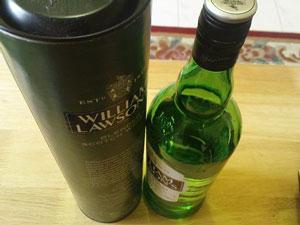 Scotch Whisky a long standing tradition in Scotland and across the world.

The first written record of Scotch whiskey was in 1494 and since that time, Scotch has seemingly never lost its popularity. Case in point, a recent issue of Wine Spectator magazine had two glasses of scotch on the cover and a lead story called “A Wine Lovers Guide to Scotch.”

The Scotch Whisky Association notes that no one knows exactly when the art of distilling first occurred in Scotland, but it is pretty certain that the ancient Celts practiced distilling, and in earlier times, the powerful liquid was called uisge beatha, which is ancient Gaelic for “water of life.”

At thewhiskeyguide.com, there is a list of the six whisky-producing regions in Scotland, Speyside, Lowlands, Highlands, Campbeltown, Islands, and Islay. Although each whisky is unique, the malts produced in each region do hold a number of common characteristics. But the differences are the result of several factors, for example, the use of different raw materials, climate variations, and different production techniques. 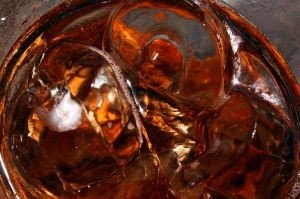 Islay
Islay is a small island west of the Scottish mainland and is the home of many well-known malt whiskies. Although a few milder versions exist, Islay whisky in general is smoky, peaty, and salty with quite a bit of tang and tar thrown into the flavor. The island once had 23 distilleries operating at the same time, but the number of active distilleries is now down to seven.

Lowlands
As the name suggests, the Lowlands is a flat region without mountains. It is also the southernmost part of Scotland. Whisky from the Lowlands is smooth and slightly fiery. It is also very light in salt, peat, and smoke as opposed to many other whiskies. Lowland whisky makes a good aperitif.

Speyside
Speyside is the most popular center for whisky in Scotland and are home to many distilleries. Many of the distilleries use water from the river Spey in their production process. A part of the Highlands, but considered a separate region because of its size, as well as the different characteristics of Speyside whisky as opposed to the other Highland Scotch whisky.

Highlands
The Highlands is the largest of the whisky producing regions in Scotland. The whisky has a rich flavor and is smoky although slightly less so than whisky from the Islands. Compared to the Lowlands, Highland whiskies often taste very different from each other. This is partly due to the size of the region, which allows for greater differences in the microclimate, but variations in raw materials and production techniques also play an important part. Both the Highland and Speyside distilleries use the word ‘glen’ in their names.

Campbeltown
The region of Campbeltown was once the whisky capital of Scotland. However, today, only three distilleries remain. And because of historical reasons, Campbeltown remains a separate whisky producing region.

Islands
It is not uncommon for people to confuse this region with Islay, but Islands is a different production region that includes the islands of Mull, Orkney, Jura, Arran, Shetlands, and Skye. The Islands whiskey tastes milder. As for the proper way to drink Scotch, that has been highly debated, but most real Scotch drinkers insist, it has to be straight. However, many who drink Scotch whisky neat say they do not want to spoil the taste by adding water. Equally though, many others say adding a touch of water, particularly if it is pure, soft spring water, (ideally the same spring water used in the making of the particular whisky), it serves to enhance the distinctive aroma and flavor of a whisky.

If lucky enough to take part in a scotch tasting, keep the following things in mind to make sure you get the taste just right. The required items for a scotch tasting include a clean tulip-shaped nosing glass, and a jug of bottled still water at room temperature.

First, pay attention to the color of the scotch, hold the glass up to a neutral background because the color is an indication of age and wood finish, and smell it as well. A dark rich amber colored whisky may have matured in an ex-sherry barrel from Spain, or it may be an older whisky.

Add some water to your whisky and nose the whiskey, the first nose will be alcohol, but note the other characteristics that follow. Hold your mouth slightly open when nosing in order to gain the best aromas.