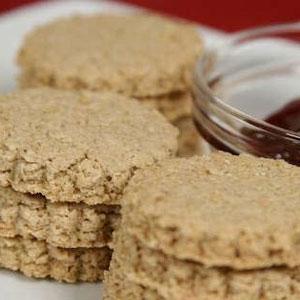 The types of Italian food depends on the region of Italy.

According to my Italian friend, Anthony Duva, the southern and northern cultures of the country of Italy couldn’t be more different. Now that I’ve begun visiting Italy a few plus times a year since 2002, I understand all too well that his statement could not be more obvious.

Case in point is the cuisine, while the northerners love their heavy creams (think anything pesto or cream-based), it’s the southern Italians like those in Naples, or anywhere south of Rome, that use the tomato-based red sauce.

Why is there such a difference? “In southern Italy we still have a more agricultural way of life,” Duva explains. “Whereas the north thinks they are propping up the entire remainder of the country. The food there is richer, they think they are too.” Duva says however, that Southern Italians “hands down,” have the richer way of life.

To this comment and especially when thinking of food in Italy, one can’t help but think of wine and siestas that accompany a good meal in a country known for closing its shop doors, (especially in the little southern towns), from 1 p.m. to 5 p.m. “There are better things to do,” Duva jokes.

In Duva’s little town of Morcone, which is in the Campania region of Italy about two hours south of Rome in the middle of a mountainous area between both coasts, there is a true agricultural feel. So it’s here and in town’s all around the southern part of the country that you will find ziti and rigatoni with olive oil, much preferred over the northern angel hair, spaghetti, and fettuccini with butter. Southern Italian cooking is also more vegetarian based with beans, eggplant, olives, and garlic. It is more of what folks consider a Mediterranean menu rather than the cooking styles of the north with the heavy butter, cheese, cream, and lots of meat.

In Morcone, where store owners couldn’t care less if they slam the door in your face at exactly 1 p.m., this region of Campania defines all the Italian stereotypical cooking most visitors expect. After all, it’s very near Naples, the birthplace of Margherita Pizza to be exact. Of course there is also all the great pasta sauces too, Duva cites tomato Ragu, Marinara, and don’t forget lasagna with ricotta cheese, as well as desserts like Easter Pastiera, Struffoli, and Mostaccioli. In this region the tomatoes are divine, and yes tomatoes really are tastier in Italy, and then there is the Buffalo mozzarella cheese (for Caprese Salad) that most folks in the smaller towns pick up fresh around 9 a.m. before it’s all gone.

So it’s time for lunch, the big meal of the day in Southern Italy, and you can expect to eat a good portion of food. A traditional Italian menu will consist of an antipasto (appetizer); primo (first course), which is normally a hot dish of pasta or risotto; secondo (second course), the main dish of fish or meat, and a contorno (side dish) either a salad or vegetables. After that, get ready for the dolce (sweets), which is often fresh fruit, and sometimes liquor for formal occasions. Bread and wine are always served during the meal, with espresso coffee at the end of the meal.

As for Italian wine, the southern folks drink red almost exclusively while the northern Italians mix and match white and red wines. Most Italian wines are produced in three main regions of Italy; Piemonte (Barolo), Veneto (Amarone, Pinot Grigio,) and Toscana (Chianti, Brunello), of course, there are several other wine-growing regions to see Puglie (Primitivo), and Sicily (Planeta), all garnering awards lately for their highly respected flavors.

Another little secret in the south, the lemons for the popular drink Limoncello, yes, this drink includes alcohol, it is well known around the world, but home grown in the town of Sorrento, and another southern specialty is Crème Limoncello. 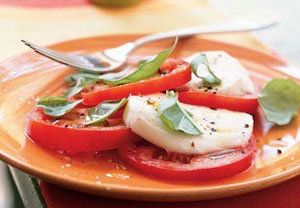 Are you hungry yet? Next time you’re at an Italian restaurant in your hometown don’t forget to ask, “Are you serving a northern or southern Italian cuisine?” Now you know the difference. Below is one of the easiest Italian recipes you will ever find from Duva’s own Italian cuisine files.