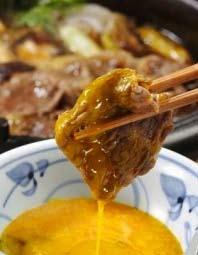 Whether I watched my Jewish grandfather carefully save the chicken schmaltz, after preparing Matzoh Ball soup or my Japanese grandmother make tamago gohan, a meal of rice, eggs, and shoyu. What far surpassed the intimate cooking lessons was the invaluable respect both sides of my family showed for each other’s cultural differences, and bonded through the shared and blended recipes of exotic cuisine from each.

As a child, I felt I was a misunderstood ethnic rarity, I never knew other children with the same exotic genre of cultural mixture and background. Thankfully today, more couples than ever before connect their families from different cultural backgrounds, and forge exotic unions that bond much more closely through their shared love and fusion of ethnic food.

One couple I know, were both born in America, yet, they remain passionate about the foods they bring to the table from their individual cultures; their large extended family helps to ensure that the variety of ethnic flavors and satiating aromas continues to maintain the deep bonds of their family.

Darshana, who is from India, said that her favorite part of meals are in preparing dinner, which she takes time to share with her sons. This begins each evening as they decide as a family what they will cook. A typical meal represents both cultures, and may include different vegetable curries, tandoori chicken or shrimp, rice, and several different chutneys and yogurts representing her Indian side of the family. To represent her husband’s Italian side, she makes dishes such as pasta bolognese, brushetta, grilled gorgonzola figs, and tira misu on special occasions.

Another family I know is a blend of Irish and African-American, whose table I have had the pleasure of sitting at many times, and where I always enjoy more than my share, due to the delectable blend of dishes that goes beyond any mouth- watering description.

Rhonda takes pleasure in cooking her family’s traditional recipes that she proudly to calls “Soul Food.” A meal may consist of butter beans with ham and okra, corn bread, collard greens, buffalo wings, and her great grandmother’s recipe, which her family calls “Nana’s secret fried chicken.” She also embraces her husband Ryan’s Irish heritage by learning how to cook the recipes handed down from his mother and aunts.

As a young child, I did not know other families who were as culturally exotic as ours, or multicultural as is the politically correct term today; and yet I never felt odd, but rather special and “truly at home” when my family gathered at the dinner table each night, and shared our love of flavors and spices from both cultures.

Thankfully more couples today are choosing to form multicultural unions and marry outside of their ethnic heritage than ever before; raising children who benefit from intricate family meals who celebrate their ethnic differences, thereby creating and solidifying culturally harmonious menus, and families. 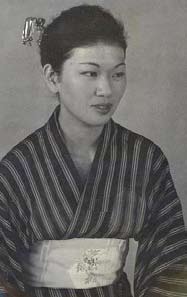 Being of Japanese and Jewish descent, as a child it seemed like the rarest of ethnic combinations I was aware of, but as an adult, I have since had the opportunity to meet other couples and families who also celebrate, and entwine their unique multicultural identities through the sharing of cultural foods.

One family I know is a blend of Indian and Italian, with three beautiful boys who are as different from each other as are their cultures, and divine recipes handed down over generations, including stew, cabbage and corned beef, a myriad of shellfish dishes, and a favorite staple traditional potato side dish called Colcannon.

If anyone reading needs to take a break to eat at this moment, I certainly would not blame you; especially since I just took a break to feast on some homemade Japanese teriyaki chicken, which brings me back to my own fusion of delectable recipes prepared by my family. Food has always been one of the most centered parts of our rejoiced connection.

“Rinse the rice twice thoroughly, and do not take your eyes off as it is cooking; being patient is very important,” my grandmother Hatsuyo told my sisters and I during visits to Hawaii. And my Jewish grandfather “Booby” took the time to teach us how to make what he called “the most perfect potato knishes in Los Angeles,” while recounting stories of his childhood through joke telling.

With the holidays just around the corner, I already smell and taste the thoughtfully prepared flavors in the dishes that we all contribute to our heart-felt cultural meals and festivities. I plan to make a traditional Jewish stew called Cholent, which cooks very slowly all night, and includes ingredients like lamb, beef, or chicken along with potatoes, beans, and dumplings, with seasonings of paprika, honey, and kishke, a sausage-shaped beef casing filled with flour or matzo meal, and onion.

And to honor my Japanese side, I will cook Sukiyaki, which is a delicious main dish, again preferably cooked slowly in a shallow skillet, consisting of thinly sliced beef, shoyu, eggs, sungiku (garland chrysanthemum leaves), and shiritaki noodles.

As more families than ever become “multicultural,” the tasteful result is that recipes born from these exotic unions are as delicious as the multi-ethnic unions themselves, lending to more appreciation, and the treasuring of each savory bite.

Sukiyaki sauce:
Combine 5 tbsp sugar, 3/4 cup water, 2 tbsp sake (Japanese rice wine) and 1/3 cup Soy Sauce, and for dipping: 4 eggs preparation: Slice all of the ingredients into small, bite-sized pieces and place in small individual bowls. Mix the soy sauce, sugar, sake, and water for the Sukiyaki sauce. Heat 1/4 cup oil into a medium or large size skillet. Add some Sukiyaki sauce and then thinly sliced beef into the pan after sauce has heated. Once the sauce and beef start to boil, add the remaining  ingredients. Lightly simmer all of the ingredients until they are all softened. Now you can start eating! Don’t forget to dip the Sukiyaki into a bowl of four raw beaten eggs.