Do The Scottish And Irish Share A Common Culture? 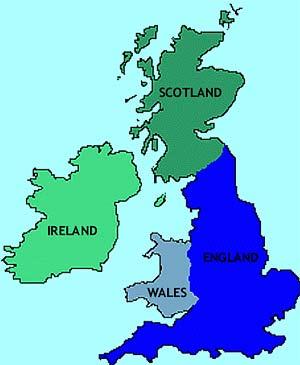 Are the Scottish and Irish more than coastal neighbors?

Is it true that the Scottish and Irish are distant cousins and share a common culture? They seem to have a lot in common — kilts, bagpipes, etc.

Due to the geographic proximity of Scotland and Ireland, and thanks to a string of over-laps and run-ins over the course of the past hundreds of years, the Scots and the Irish do exhibit many cultural similarities.

For instance, both the Scots and Irish come from a Celtic background, heavily influenced by English culture. That said, according to the BBC, the English more heavily influenced the Scottish than the Irish. This may be in part due to the fact that the Union of the Crowns in 1603 unified Scotland and England under a single monarch, James VI, King of the Scots. James was Elizabeth I’s successor, and notably, he inherited her conflicts in Ireland. In 1609, James relocated English and Scottish Protestants to Ulster, a northern province in Ireland. The idea was to bring peace to the Anglo-Scottish border, among other reasons.

Going back even further, the seafaring Norwegian Vikings, who settled in Western Scotland, seemed to have no qualms with intermarriage, and were particularly influential among both the Scots and those living in Northern and Western Ireland, who absorbed the powerful (and perhaps overbearing) Viking culture.

In addition, in 1066, Norman William the Conqueror claimed the entirety of Great Britain, which as you may imagine, significantly affected the relations among the Norman-Scots, Norman-Irish, and Scots-Irish, etc. Lowland Scots and the Northern Irish also shared a language, a Germanic dialect of the Angles that dates as far back as the 1300s due to the heavy Scot and Scots-Norman presence in Northern Ireland.

It’s notable that while Celtic culture is a root of many cultural similarities across Great Britain, there are plenty of differences even within the Celtic influence. For example, among the six Celtic nations (Scotland, Ireland, Wales, the Isle of Man, Brittany, and Cornwall), the Celtic languages vary as follows: Gháidhlig (Scots Gaelic), Gaeilge (Irish), Cymraeg (Wales), Gaelg (Manx), Brezhoneg (Breton) agus Kernewek (Cornish).

In addition to the more obvious differences geographic and political, the subtle nuances that lie amongst the similarities in Scottish and Irish culture are certainly something worth exploring.

There are volumes and volumes of cultural and political history on Scotland and Ireland available, the above information is merely a historical sampling to get you started.