Are The Japanese Racist Against Non-Japanese People? 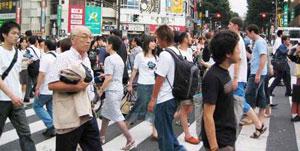 Some believe the Japanese are racist against anyone who is not Japanese, but it is not directed at any specific race or ethnicity.

Since there do not appear to be a lot of other racial groups in Japan, is it true that the Japanese believe in keeping their race pure and are historically anti-immigration?

A number of articles and opinions abound that racism in Japan is deep and profound, but it is not a topic the Japanese openly discuss.

Some say racism in Japan is not so much directed at any particular race or ethnic group, rather it is against those who are non-Japanese.

In a recent article in The Japan Times, author Robert McKinney wrote about the myth of racial purity in Japan. He said that they too are racially mixed with Ainu, Korean, Chinese, and Polynesian blood. However, he cites a case where a schoolteacher in Fukoka tells a nine-year-old student to commit suicide because he had an American ancestor.

McKinney says that Tokyo hasn’t seen a race riot since 1923, but cautioned that such turmoil could rise again with an increase in immigrants coming in to the country.

“It doesn’t help matters when people hear racist remarks from government leaders such as Tokyo Gov. Shintaro Ishihara,” he says. “How does this insular society expect to deal with the new immigration woes that will soon overwhelm it?”

Dr. Katherine Tegtmeyer Pak, associate professor in the departments of Asian studies and political science at St. Olaf College in Northfield, Minn., says that Japan, like any other democracy, has people with many different opinions.

“Some people vehemently think it is important to keep the race pure, but there are at least as many who vehemently disagree with them,” Pak says. “People who speak openly in those terms are usually disgraced in the press and strongly denounced by others.”

But racism does exist in Japan.

When Japan had a colonial empire in Korea and Taiwan, migration was very common,” Pak says. “The descendants of people from those territories who stayed in Japan after their homelands were liberated at the end of WWII have been discriminated in many ways.”

Pak adds that Japan has low immigration rates and a relatively small foreign population. And, it is nearly impossible to get a work visa for low-skilled jobs. High skilled workers have a much easier time she says, as do graduates of Japanese universities, descendants of Japanese emigrants, and workers in priority occupations such as nursing.