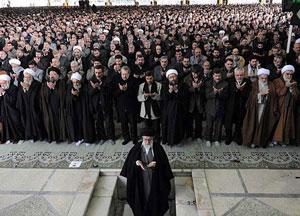 Are these women African-American or African?

As an undergraduate student, we often had spirited discussions with exchange students from Africa. Some students from Africa questioned why some black students wanted to identify with Africa since blacks were not of a “pure” race. Do native-born Africans consider themselves superior to American blacks or African-Americans? If so, what is their rationale?

You bring up an interesting socio-political vernacularly-oriented debate around the term African-American – and one that is subjective, so unfortunately neither I, nor anyone else, will be able to provide you with a hard and fast, verifiable response. The problem with (the poetic beauty of) language is that it is malleable and interpretable; the same word carries different meaning and nuances to different people. How often do we hear people say, “I didn’t mean it like that!”

Whatever it is – whether it is a reference to race, heritage, or anything else – it is subjective.

That said, I find the ideas purported by John McWhorter, Cornell’s Associate Professor of
Linguistics, to be the most logical of all the arguments I have encountered thus far. In fact, the New York Times recently quoted Dr. McWhorter on this subject. In the interview, he points out that in the 1970s, there was a mere 10,000 or so African immigrants living in the United States, but today, more than a million African-born immigrants call America home. If one is to argue who is most deserving of the ethnical hyphen, it really ought to be the African-born immigrants.

After all, an American-born, self-proclaimed, “African-American” has more in common with his white neighbor (who statistically is not likely to have ever visited Africa) than he does with the recently-landed African immigrant.

McWhorter goes on to say that, “native-born blacks are so vastly less ‘African’ than actual Africans that calling ourselves ‘African-American’ is not only illogical, but almost disrespectful to African immigrants.”

Now that I have begun this discussion with a point-of-view I find to be most favorable, I think it is important to mention a few other comments, and definitions that I have gathered, which merit a place in this debate. First, I would like to draw attention to the fact that the meaning of some words, or terms, change over time. At one point, the use of the word “African-American” may have been used predominately in reference to black Americans, but as society becomes politically, and ethnically sensitive, or as it becomes fashionable to speak pedantically, the meaning of these words change.

If you look up “African-American” on Urban Dictionary, you will find more than a thousand  interpretations, including one contributor who points out that the term should not be associated with color. After all, there are white people in Africa, and if a white African were to immigrate to America, they should feel entitled to call themselves African-American.

As it stands, however, this use of the term would raise a few eyebrows. On the other hand, another contributor is justified in pointing out that people can and should be able to claim their ancestry. If an American person is of African descent, and wants to include this in their self-identification, how can we possibly argue that this is not also a fine use of the term? These are all correct uses of the term; but regardless of whether we believe it, or not, this topic is one where people hold on to their opinions tightly, and passionately. They are not likely to change their minds about the manner in which they identify themselves.

I would like to conclude by emphasizing the importance of being open-minded in your conversations, and paying special attention to the context in which the word “African-American” is used.

With regard to the questionable superiority complex that you asked about in your question, I think it would be risky (and in many cases inaccurate) to make a gross generalization about a human trait that is common in individuals across the spectrum. It is true that a superiority complex is expressed with especial fervor in some, but I suspect that it has little to do with ethnicity, and more to do with the circumstances of one’s environment. The answer to this question, in my opinion, can only be found by exploring, on an individual basis, the reason for which a person reacts to the challenges of life within a diverse environment (that they may or may not find to be favorable) by declaring themselves to stand on a higher ground (of sorts) than those around him/her.