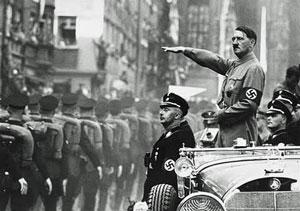 During the era of Hitler’s Nazi Germany, there was a prevalent concept that all white, blonde, blue-eyed males, which Hitler designated as the Aryan race, were intellectually superior over the darker-skinned Germans. Do we still make this racial distinction today? If so, how broad spread is it?

Throughout our school years in History or Social Studies classes, we learned about Hitler’s idea that a perfect race existed. Unfortunately, if you were not part of that race, you had to attempt to flee the 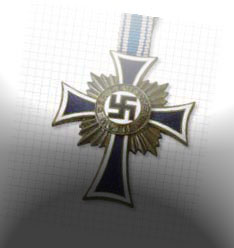 country, or were sent to a concentration camp because Hitler believed there was a superior collection of humans that he referred to as the Aryan race. Hitler wanted Germany filled with individuals who were "white-skinned, blue-eyed, fair-haired, or pure Nordic people."

Even though we might have figured that Hitler was one of the founding fathers in trying to create the perfect race, researchers and historians conclude that the term "Aryan," dates back to ancient Indo-Iranians, and Indo-European peoples, who roamed the land in what we know as present day Iran, Afghanistan, and India. Primary writings found in Sanskrit language refer to Aryan as "ahr," which translates to "the land of Iranians," or "of noble or good family."

German born Friedrich Schlegel, and other 18th Century academic professionals, proposed the idea of an Aryan race based upon the characteristic features of a predominant German class of people. 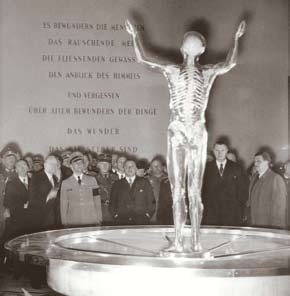 Beside the features described above, these people also had a fit, muscular body structure. Another researcher, French born Joseph Arthur, supported Schlegel’s theory, which then stoked the curiosity that an Aryan race existed during Hitler’s reign.

Is this idea of a singular race still prevalent today, and if so, how broad spread is it?

Many researchers remain divided on whether or not this idea exists in today’s society. Some believe the issue of race arises when an individual is born, and experiences the things happening around them. Other researchers believe the theory of race runs deeper than how we interact with the individual who sits next to us on the bus, or the cashier at the local supermarket.

Professor George Gill, weighed in on this debate in his article "Does Race Exist?," when he stated that "Slightly over half of all biological/physical anthropologists today believe in the traditional view that human races are biologically valid and real. Furthermore, they tend to see nothing wrong in defining and naming the different populations of Homo sapiens. The other half of the biological anthropology community believes either that the traditional racial categories for humankind are arbitrary and meaningless, or that at minimum there are better ways to look at human variation than through the "racial lens."

I definitely believe an Aryan concept is still prevalent and powerful, given various racial groups are seen and dictated as inferior and subordinate; wherever dominance and oppression exist, there is a notion of Aryanism. Contemporarily, Aryan can be equated with Whiteness or, more appropriately, WASP (White, Anglo-Saxon, Protestant). Just as Aryan-Germans reigned supreme in Germany, so do Whites (that are part of the dominant culture) in every part of the world. Whites consider themselves more advanced, intelligent, hard-working, talented, and overall more superior, than all other racial and ethnic groups, regardless of their location and region. We see ourselves as much above the racial communities in Africa and Iraq, as we do of those in our own neighborhood. We preach of America as a glorious melting pot filled with an assortment of cultures and customs, yet we continue to discriminate, segregate, racialize, and exploit those that don’t fit the dominant culture. Even when these groups conform and try to assimilate to our culture, we still deny them full membership. For instance, “model minorities” (Asian and Japanese Americans) are considered perfect representations of a well-integrated group, yet they are still a “minority”. Despite their level of White attainment and status, Asians will never be accepted as White. Just like Hitler’s Aryan race, Whiteness is exceptionally exclusive, in which it can’t be attained once born into another group other than White; Whiteness is a biological phenomenon. Also like Hitler, Whites practice containment; we segregate groups and push them into ghettoes, where mobility is futile. Hitler enslaved the Jewish nation, and Whites have enslaved minorities, especially Latinos and African-Americans. According to Wacquant, Hyper-Ghettoes are a form of containment and enslavement for communities of color. These Ghettoes allow us to “ostracize and exploit” these groups and use them to a White advantage, which is to force them into unwanted, yet necessary, occupations (Wacquant). Hitler’s prime goal was to acquire land for his race to flourish; thus, his motives involved material gain. Whites also utilize minorities for gain; we want their labor, yet we don’t want to pay them their deserved wages. Thus, America continues to practice slavery and containment simply for advantages and because of an Aryan notion. For some unbeknownst reason, we have the perception that if we (Whites) fully integrate and associate with other communities of color, we will somehow tarnish our Whiteness and will therefore, forfeit our privileges. Somehow, other groups are different from us, and thus, must be kept separate. As we have seen through a historical lens, Hitler was evil his evil plans failed. So what does that tell us about our society? Is Whiteness evil and will it eventually fail? Of course it is evil and, hopefully, it will ultimately fail.