Are The French Better Lovers? 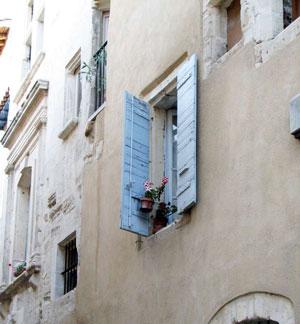 There is a prevailing perception that the French are great lovers. Is that true? What is the basis of that perception?

Ooh La La! The Italians, Australians, Latinos, British, and Spaniards each claim that they are the greatest lovers – and they’re not the only ones either. National magazines all over the world publish generally unverifiable statistics that “prove” their respective countrymen and women to be the best lovers, or at least the most active, (except for the Germans and the Japanese). Yet despite the profusion of such grandiose claims, why is it that we believe the French? In short, it is because even if they are not the greatest lovers, they are the best liars. It’s a faux pas to use the “L” word though, isn’t it? There are so many different categories of “liars” – allow me to be more precise: I am referring to the creators of illusions, the dramatists of the truth… in short, “artists.”

The French are among the greatest artists, and they do paint the loveliest scenes, especially when one is looking at them from afar. The French Impressionists were masters at this. But don’t get the wrong impression about their ability to transpose a curated scene into a reality. Just because we give them credit for being the greatest lovers does not mean that they deserve it. They didn’t even invent French toast (it should be called Roman toast). So, you persist, where does this stereotype come from?

The answer, of course, is subjective. According to 2006 statistics from the U.S. State Department was 68 million, or around 22 percent of the population had no passport. That means roughly only 1 out of 4.5 Americans could even visit Canada, let alone travel to anywhere else in the world. An updated story on the Expeditioner.com website says that the US State Department reported issuing “14 million passports in 2009, which was a drop from the peak in 2007 when 18.3 million were issued.” So it’s safe to conclude that we are not getting our ideas from personal experience with the French.

Do we get our ideas from reading steamy French romance novels? Ha! Twenty-seven percent of us had not finished a single book between 2006-2007, according to a story in the Washington Post that was based on a survey from the Associated Press-Ipsos poll that was released in August 2007. We don’t go to museums and ogle over reproductions of Auguste Rodin’s The Kiss, either. We do, however, watch French movies. 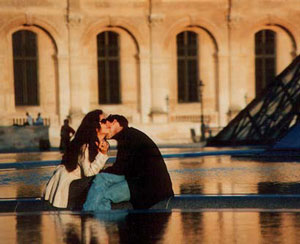 A 2006 survey conducted by the Pew Research Center reported that 71 percent of Americans watch at least one movie every week, and the French provide many of the passion-filled films that entice our prurient curiosity. For example, the erotic odysseys of Didier Le Pecheur’s Don’t Let Me Die on Sunday is a classic. The uncut, European version of Jean-Jacques Annaud’s, The Lover (labeled NC -17 in the States) lures us with steamy, exotic scenes that were crafted to arouse without causing embarrassment. And if neither of these convinces you, Pascale Ferran comes right out and says it to your face with his multiple award-winning film, The French Make The Best Lovers. Sure, we know that these films are fiction, but our subconscious is embarrassingly gullible.

The fact that the French are arguably the best lovers on the screen surely does not mean that they make bad lovers in real life, though, does it? Of course not, but the statistics are far from encouraging. If the French were such romantics, why do 43 percent of their marriages end in divorce, according to the World Divorce Statistics on the LoveToKnow website, whereas the divorce rates in Italy are only 12 percent? Well, perhaps the French are only great extra-marital lovers, but the next statistic throws a wet rag on that theory too. According to Helena Powel, author of Two Lipsticks and A Lover, a whopping 75 percent of French people are not satisfied with their love life. Ooh La La! There’s no way to confirm the accuracy of this figure, but it is horrifying all the same.

Have we have made such an error in casting the French in the role of romantic ideal? It seems to me that we have. Obviously, actors are the best lovers, but if you must choose a nationality, I don’t recommend the French, and I especially don’t recommend French Canadians. A survey by the World Wildlife Fund revealed that Canuks would rather drive than have sex. But wait, there’s further evidence that French Canadians have weird issues with their romantic drive, according to a 2010 survey by Maple Leaf Foods, 43 percent of Canadians would rather eat bacon than have sex.

The takeaway: Don’t rely on shady stereotypes and statistics. Go get yourself a blindfold and a French/Canadian/Italian/Spaniard and make your own survey.