Recognizing The 'American' Culture In The 'African-American' Label 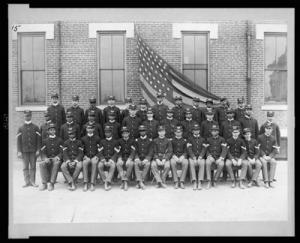 A group photo of African-American soldiers.

I am never quite sure if the term African-American grew as a direct result of awareness principles like political correctness. But whatever its birth, the advent of hyphenated American racial groups has created a hypersensitive atmosphere that caused greater tensions between the races.

Personally, I’ve never had an issue with being called black. To me, it’s little more than a descriptor — like saying, someone had blonde hair or green eyes. On the contrary, individuals who call themselves African-American often act as if anyone who calls them “black” is being racist. 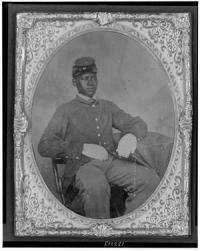 What I find most interesting is that many of these same individuals refuse to accept the “American” aspect of their heritage. They often battle to have it attached to their title. I am for individuals having the power to define themselves what they will be called. However, let’s be consistent. How can we claim to be Americans yet ostracize blacks that choose to take advantage of being American?

I can’t fully recount the times during my upbringing when I was called “white” for no other reason than I got straight A’s, spoke proper English and aspired to do great things with my life.

In fact, many black comediennes and film actors seem to embrace the idea that such things are essentially “white.” Hollywood portrays blacks who try to succeed as sold out “Carlton’s” and good ole Smokey Joe, who would steal the shoes off your feet, as the brother who is “down.” Meanwhile Mr. Sell-Out is partaking in the American dream his slave mother and father fought and died for him to have, while Smokey Joe squanders away this inheritance by serving a five to 10 prison sentence for a senseless B&E.

Who is the true sell out?

What African-Americans must come to realize is that taking advantage of the numerous benefits found in our prevailing culture is neither being black or white. It’s being American.

To advance in any society you must know the language, obtain a proper education, and strive to make money in a legally acceptable manner. 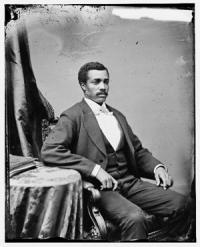 This is the Modus Operandi of all societies, including the American culture.

Why is it that inherently good things, like talking properly, succeeding and getting along with fellow Americans irregardless of race is “white”, but negative things like gang banging, robbing, teen pregnancy and welfare are considered a part of black culture?

That isn’t my definition of black culture.

When I think of black culture, I envision brilliant inventors, doctors, scientists, historians, writers, educators and artists who broke pass racist barriers to move forward as opposed to remaining complacent or blaming society.

If blacks are to succeed, we have to meet the world half way. And one way to do that is to accept the American half of “African-American.” Maybe then can we move past modern day racial discrimination cases and mental enslavement, and finally into a place where blacks can claim their rightful place at the table of opportunity.