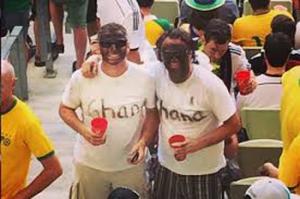 The World Cup is highlighting the fact that Brazil, with one of the world largest black populations, has a real systemic problem with racism.

Former Brazilian national midfielder Arouca, playing for Pele's old club Santos, was doing a sideline TV interview a few months ago when opposing fans began to chant "monkey, monkey, monkey." Those taunting hit him with another jab: Go to Africa and find a team. Get out of here.

President Dilma Rousseff, who has pledged a "World Cup without racism," tweeted quickly: "It is unacceptable that Brazil, the country with the largest black population after Nigeria, has racism issues." It does, and Brazilians are slowly waking up to it.

Still, they are more accustomed to saying this is a country free of prejudice, and the subject is rarely discussed openly and seldom makes the news. Many hold to the myth of a "racial democracy" because the country never had laws separating the races. 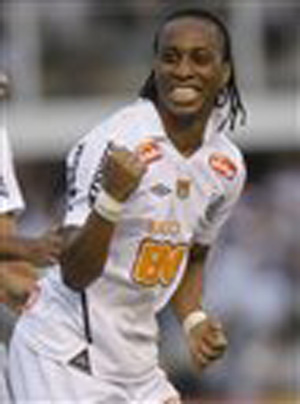 "The Brazilian form of racism is worse than apartheid because it works on the basis of deception," said Elisa Larkin Nascimento, director of the Afro-Brazilian Studies and Research Institute in Rio. "There is denial," she added. "Many people - particularly the ruling class - say there is no racism. With that stance, you are left with nothing to talk about."

Over the last few decades, Brazil has begun to introduce affirmative-action programs, African diaspora history is being taught in schools, and a cabinet-level position has been created to deal with racial equality. "The biggest leap was to get the society to talk about racism and realize that, in fact, it does exist in Brazil," said Larkin Nascimento, who wrote the book "The Sorcery of Color: Identity, Race and Gender in Brazil."

Settled by Portuguese and a mix of other Europeans, Brazil imported about 5 million slaves - 10 times more than the United States - and ended slavery in 1888. That was 25 years after the United States banned the practice.

Blacks in Brazil earn about half of what whites do, and there is only one black minister in Rousseff's cabinet. The first black justice on Brazil's Supreme Court - Joaquim Barbosa, who rose to chief justice - recently announced his retirement. Magazine covers seldom feature a black face, movies often feature all white casts and the very popular soap operas feature mostly white actors.

Brazil's present World Cup team is made up of 90 percent black or mixed-race players, though Brazilian fans attending World Cup matches - and Brazil's club matches during the season - are predominantly white. Its most famous player was Pele, who was known as "The Black Pearl." He would have been banned from playing early in the 20th century when the game, introduced by Europeans, was closed to non-white players. 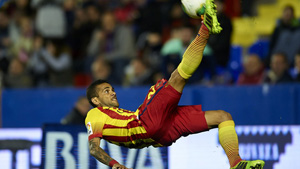 Much of the game is still closed to the black and poor. "Nobody like me could ever get in there to watch," said Joacy de Silva, a dark-skinned man picking through an orange trash bin on Wednesday just 25 yards from an entrance to Rio's Maracana stadium where Spain faced Chile in the World Cup.

He stuck his head and hand deep into a smelly mess of cans and rotting food, then came up to finish his thought. "I can't say I am angry," he said. "I don't know. I have my life and the rich have their life."

Black and brown-skinned people are rarely customers in top-notch restaurants, elegant shopping malls or airports. They tend to be cleaners, nannies or kitchen workers. Most have been priced out of many of the 12 World Cup stadiums, built or renovated at a cost of $4 billion - 80 percent public money.

Figuring out who is black in Brazil can be tough, and a so-called "black community" doesn't exist. Brazilians self-identify. A light-skinned person may choose to seen as black, but others judge, too. At the University of Brasilia, identical twins applied for admission under an affirmative-action program. Only one was judged to be black.

"There is no sense here of anyone belonging to the black community," said Larkin Nascimento, who is white, was born in the United States but has lived in Brazil for more than 30 years. "Here you have a person who is black that yearns to be white and does everything in life that they possibly can to be considered white." 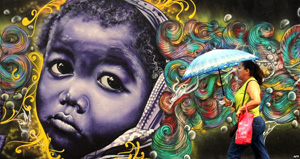 Until the abolition of slavery, perhaps 80 percent of Brazil was black. That was followed by a government whitening policy until the middle of the 20th century, when Europeans, Japanese and other non-Africans were recruited to dilute the African dominance.

The Brazilian government in a household survey several decades ago asked people to describe their color. It came up with about 150 descriptions. Some of those, translated into English by the website Africa Is A Country, include snowy white, pinkish white, black-brown, reddish, chestnut, half-black, toasted, wheat, murky, singed.

"Who is black?" Larkin Nascimento asked rhetorically. "If you go into classy hotels or restaurant, you know who's not there. You can see it. The police, when they're rounding up people on the streets, they know who is black."