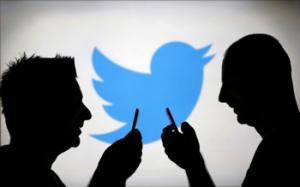 The president of the Israel in Catalonia association, Ruben Novoa, says a complaint was filed Tuesday against five Twitter account users whose full names appeared on the messages. He said most names on the messages were believed to be false.

Novoa says that a recent study by the Anti-Defamation League indicated Spain was one of the most anti-Semitic countries in the 28-nation European Union.

The formal complaint was made by a dozen Jewish groups and support organizations in the northeastern region of Catalonia and elsewhere in Spain.