Black Students in Mississippi Have Rookie Teachers and Suspended More 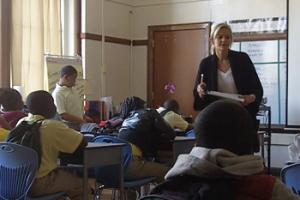 Black students in Mississippi are much more likely to be taught by rookie teachers, and black males are suspended at the second-highest rates in the country. Those are among the findings of a U.S. Department of Education report on racial disparities in education released Friday.

Neither finding is much of a surprise in Mississippi, where many districts with largely black student bodies scramble for teachers each year and where litigation has focused on harsh disciplinary practices in Jackson and Meridian.

The report collected numbers from the 2011-2012 school year, covering prekindergarten through 12th grade. 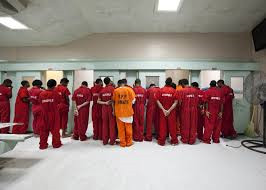 Some other states have higher rates of black students attending rookie-heavy schools, but Mississippi's 7-to-1 ratio among black and white students was exceeded only by Maryland's with a 9-to-1 ratio.

State government has tried to address the lack of veteran teachers in Mississippi, offering incentives in 48 districts designated as teacher shortage areas. But many of those districts, which are mostly rural with mostly black student bodies, rely on first-year teachers. Nationwide, many first-year teachers drop out of the profession, meaning more new teachers have to be hired the next year.

"If you're in one of those schools that has lots of vacancies, you can be in a very vicious cycle," said Rachel Canter, executive director of education group Mississippi First.

Civil rights activists say that despite legal actions, they fear suspensions are still harming the academic careers of African-American boys.

"It's our opinion that a child in the classroom is far more productive as an adult than a child who's been kicked out of the classroom for childlike behavior," said Derrick Johnson, president of the Mississippi chapter of the NAACP. 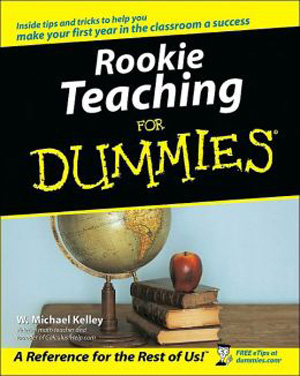 Johnson's group helped spark a U.S. Justice Department lawsuit against the Meridian schools because of the frequent arrest of students, making juvenile offenses out of many nonviolent school infractions. The district there agreed to reform its discipline system after it was sued.

This all comes down to getting better schooling for these kids. For some reason blacks schools or primary black schools don't have as good of schooling as those kids that are in primary all white schools. And that is very wrong. Each school should have adequate teachers and principles running the place.

It's hard for these schools to acquire any other teachers besides the rookies because of their current reputation. If you were a football coach and you had the opportunity to coach at several schools, would you select the inner-city school with very little funding, or the suburban school that has quality equipment and facilities?

Maybe these schools should give additional paid training to the teachers that they hire. And then on top of that give them better incentives to stay for a certain number of years. This will improve the quality of the teachers and in turn hopefully improve the schools overall.

That seems like a good idea. As long as schools have sufficient funds to go through with these incentives, I believe more teachers would stick around.

An important part in the lives of children is keeping things static, so school districts who are unable to retain teachers are going to give a less quality education.

Doesn't the state have to regulate the schools and make sure they are running efficiently and if they are not they step in? I know there are things that each grade has to teach and the students need to comprehend that is set by the state. How come someone hasn't helped this school and if it really isn't the best learning situation for these students then why don't the shut down that school and make them go to the next school that is closer. Someone just needs to help get this school back on the right track.