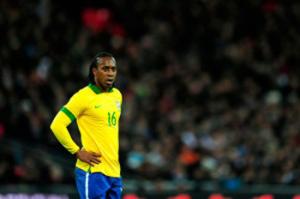 Arouca, who played for Brazil's national team last year, called racist comments and actions by fans “lamentable”, and hopes something can be done following a number of recent incidents. Photo credit: world soccer.com

Brazil, host of the up-and-coming World Cup of soccer, experienced an embarrassing incident when fans yelled racist insults during an interview of a black player following a recent match.

Santos midfielder Arouca, who played for Brazil's national team last year, was on the field talking to reporters after his team's 5-2 win in the Sao Paulo state championship on Thursday when some fans in the stands called him "monkey."

The insults came a day after a referee said he was targeted by racist fans before and after a match, and less than a month after another Brazilian player was insulted in a Copa Libertadores game in Peru.

"It's better to block that out, better not to listen to these people, if you can actually call them people," said the 27-year-old Arouca, who scored one of Santos' goals in the interior city of Mogi Mirim. "It's hard to talk about what is happening these days. It's tough, but we know it happens, not only in football. I just hope someone can do something serious about it because it's lamentable."

While still talking to reporters, Arouca kept looking at the stands to try to find the fans who yelled at him. Reporters later said the insults came from a group of three or four Mogi Mirim fans. 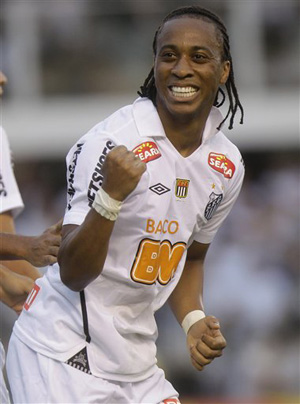 Brazil has been making headlines for the wrong reasons as it tries to get ready for the World Cup. In addition to problems finishing stadiums and infrastructure work, the country has also been dealing with several cases of fan violence and court disputes that threaten to delay this year's Brazilian league because of a controversial sports tribunal decision that altered the results of last year's tournament.

"We can't let something like this happen, especially with the World Cup just around the corner," Santos coach Oswaldo de Oliveira said after the insults to Arouca. "These people need to be punished."

Police officials said they would try to find the fans responsible.

On Wednesday, referee Marcio Chagas da Silva said some fans called him "monkey" and told him to "return to the jungle" before a match in the Rio Grande do Sul state championship. He said his car was vandalized and bananas were left on top of it.

"Unfortunately, this type of attitude is still happening in this country," Silva said.

Last month, Brazilian President Dilma Rousseff gave her support to a black Brazilian player who was taunted with monkey chants every time he touched the ball during a Copa Libertadores match in Peru. On her Twitter feed, Rousseff called the incident involving Cruzeiro player Tinga "sad," adding that "sports can never serve as a stage for prejudice."

Racist behavior is a longstanding problem at matches in Europe. FIFA has sponsored anti-racism campaigns that have had modest levels of success, and it has promised to raise more awareness during this year's World Cup.