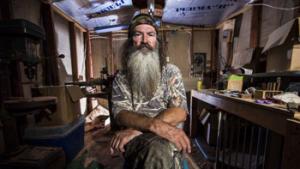 Personality Phil Robertson, of A&E’s hit show “Duck Dynasty,” has come under pressure and been suspended from the show since word came out about the racist and anti-gay remarks he made during an interview that’s going to appear in the January issue of GQ magazine. Photo Credit: hollywoodreporter.com

Duck Dynasty viewers have come down on both sides of the issue when it comes to decrying and defending the racist and anti-gay statements made by Phil Robertson, one of its stars. Is the response a reflection of the polarization of America when it comes to matters of race and gender?

Duck, Phil, duck! That's what the TV reality personality Phil Robertson, of A&E's hit show "Duck Dynasty," has had to do since word came out about the racist and anti-gay remarks he made during an interview that's going to appear in the January issue of GQ magazine.

In the wide-ranging interview, Robertson gave his opinion about life for African-Americans prior to the Civil Rights movement: "I never, with my eyes, saw the mistreatment of any black person. Not once," he said. "Where we lived was all farmers. The blacks worked for the farmers. I hoed cotton with them. I'm with the blacks, because we're white trash. We're going across the field … They're singing and happy. I never heard one of them, one black person, say, 'I tell you what: These doggone white people' – not a word! … Pre-entitlement, pre-welfare, you say: Were they happy? They were godly; they were happy; no one was singing the blues."

This view of life for African-Americans under Jim Crow laws was much like how – in pre-Civil War America – life for slaves was once depicted as idyllic under "loving" masters who had nothing but the best in mind for those they kept in bondage.

The NAACP (National Association for the Advancement of Colored People) immediately responded to Robertson's comments by issuing a letter to A&E. It said in part:

"We want to be clear why Phil Robertson's remarks are not just dangerous but also inaccurate. Mr. Robertson claims that, from what he saw, African Americans were happier under Jim Crow. What he didn't see were lynching and beatings of black men and women for attempting to vote or simply walking down the street." 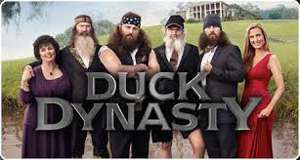 The group went on to call Robertson's comments "dangerous and revisionist".

It was not just African-Americans that Robertson talked about in the interview. He also voiced his opinion of gays, saying that gay people will not go to heaven and that being gay could lead to bestiality.

As might be expected, given the show's popularity, the entire incident has created a firestorm, with people essentially splitting into two camps. On one side are defenders of Robertson, who claim he is being stifled just for giving his opinion. On the other are those who feel his remarks show racism and insensitivity, and cannot be tolerated.

Is this response indicative of the polarization of Americans when it comes to matters of race and gender?

I believe people are twisting his words. He is saying he has been in the same shoes as the slaves. He was not saying that black people are bad. I believe he was saying that the black people then were better people than they are now. He thinks they when they worked for their money they were happier than they are now that a lot of them can get it for free. With the gay comment I do not believe he was saying being gay will lead to bestiality. He was saying that those two things will not lead you to heaven, he even says being an alcoholic will not lead you there either. I think they were twisting his words and leaving parts out to make him seem more narrow minded than the family really is.