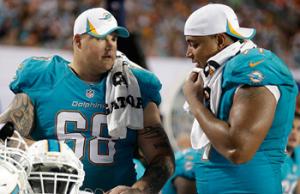 The Fort Lauderdale Sun-Sentinel ran a story that alleged Incognito was encouraged by Dolphins’ coaches to “toughen” Martin up after the player skipped some voluntary work-outs and opened the possibility that Incognito’s harsh treatment of Martin began because of these requests. Photo Credit: kmit.com

The alleged bullying incident on the NFL's Miami Dolphins football team between two offensive linemen, one white and one African American, continues to take many twists and turns, and with each reported revelation it becomes more and more unbelievable.

At first the incident between white lineman Richie Incognito and black lineman Jonathan Martin was reported as a case of the veteran Incognito bullying the two-year player Martin – pushing him around and harassing him and ultimately causing him to abruptly leave the team several weeks ago.

Then on Wednesday, November 6, it was being reported that the Fort Lauderdale Sun-Sentinel ran a story that alleged Incognito was encouraged by Dolphins' coaches to "toughen" Martin up after the player skipped some voluntary work-outs and opened the possibility that Incognito's harsh treatment of Martin began because of these requests.

One can only imagine what tomorrow will bring, and the days and weeks to come.

The NFL is currently investigating the incident, and the Dolphins' coaching staff is deferring all comments until after the investigation is complete. 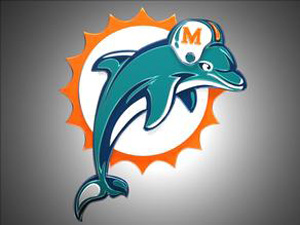 Initially it seemed like a sad case of a bad guy going too far. Former coach Tony Dungy has reported on ESPN that the Indianapolis Colts had marked Incognito as someone to stay away from because of character issues when the player was eligible to be drafted coming out of college. All rookies are hazed in all sports, but it is minor stuff like carrying all the team's gear or being asked to sing a silly song before the entire team.

However, Incognito allegedly calling Martin a "half n----- piece of (expletive) and subsequently saying he would "slap" Martin's (expletive) mouth and saying "I'll kill you" go far beyond the boundaries of typical rookie hazing and approach the territory of a bias hate crime. Even if he was told to try and "toughen" Martin up, Incognito's actions are inexcusable. Racism and violence are horrible enough separately, but intolerable together.

If indeed the Dolphins' coaches ordered some type of treatment of Martin in a foolish macho attempt to make him tougher, it might explain why Martin left the team rather than try to go to the coaches to rectify the problem.

More troubling, however, is the question of where Martin's fellow players were in this mess. Football, like all sports, relies on trust and respect among teammates. Obviously, that situation did not exist here. If Martin did not feel that he could go to any teammates for help, his life was a lonely hell indeed.

For now, Incognito has been suspended by the Miami team, and there are reports that they intend to cut ties with him. One thing is clear even as this mess continues to unfold: We haven't heard the last of this. And if this is indeed the tip of the iceberg, a lot more people than just Incognito will not be associated with the Miami Dolphins anymore.