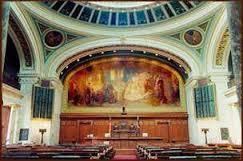 Republicans in the Wisconsin legislature made it harder to strip public schools of race-based mascots. Photo credit: legis.wisconsin.gov

Legislation introduced by Republicans in the Wisconsin legislature would allow schools previously ordered to drop race-based school mascots to keep them and make it harder to strip schools of such nicknames in the future.

The proposal stems from a Milwaukee-area school district's refusal to follow a state order to drop its "Indians" name. It comes amid a rekindling of the national debate over race-based nicknames, including a push to get the Washington Redskins to change names.

The bill, which one Native American official described as racist, would require anyone seeking to change a school nickname to get enough petition signatures from district residents to equal or exceed one-tenth of the number of district students. The complainant would then have to prove that the name promotes discrimination, student harassment or stereotyping. The state Department of Administration would make the final call on whether the district would have to drop the name.

The bill also would erase all existing name-change orders from the state Department of Public Instruction, including its order to the Mukwonago Area School District to drop its "Indians" nickname.

The proposal would dramatically change Wisconsin law, which currently allows a single person to file a complaint, places the burden of proof on a district to show the nickname isn't discriminatory and allows the Department of Public Instruction to order name changes.

"This legislation is a good step in recognizing that a single individual should not be able to dictate their will over a whole community and in the process deprive an entire group of people their right to due process," said state Rep. Dave Craig, R-Big Bend. "As a resident of the Mukwonago School District, I hope my colleagues will join us in reversing the wrongs that we have imposed on many of our state's school districts by passing this legislation without delay."

DPI Superintendent Tony Evers said it wouldn't be proper to transfer name-change orders to the Department of Administration, which is controlled by the governor. He said no one would be able to meet the minimum signature requirement, allowing race-based mascots to remain in place forever. 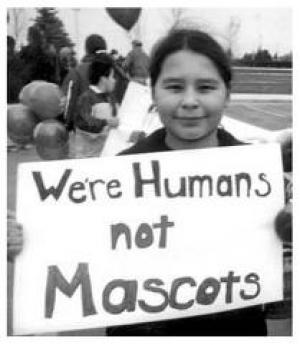 "That's terrible. That's anti-educational. It's racist," she said. "For 21 years I've avoided that term. But it's almost impossible to…describe this particular action in any other way."

The state has ordered three school districts – Mukwonago, Osseo-Fairchild and Berlin – to change their names since Democrats put the current law in place in 2010.

Osseo-Fairchild complied, changing its nickname from the "Chieftains" to "The Thunder." Berlin has until July 2014 to drop its "Indians" nickname.

Mukwonago officials have openly defied the order to drop "Indians," arguing that the district has used it for more than 80 years and that changing it would cost district taxpayers as much as $100,000. The DPI has given the district until Oct. 8 to comply or to risk daily fines.

Mukwonago Superintendent Shawn McNulty said he supports the bill, but he wants a more permanent solution, such as securing a tribe's permission to use "Indians."

"There's a strong tradition. 'Mukwonago' itself means place of the bear in (the) Potawatomi (language)," he said.

The bill's prospects look good. Assembly Speaker Robin Vos, R-Burlington, called it reasonable in a joint press release with Craig on Thursday. Senate Majority Leader Scott Fitzgerald, R-Juneau, said in statement that the measure could get a floor vote this fall. A spokesman for Gov. Scott Walker said only that the governor would evaluate the measure if it gets to his desk.