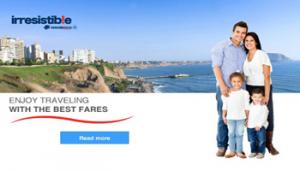 After releasing a producer's casting call requesting only light-skinned actors for a television commercial, Mexico's Aeromexico airline and its ad agency have issued public apologies for the incident.

The commercial has not yet been made, but the casting call specified it wanted "nobody dark skinned," only actors with "white skin."

The Catatonia ad agency said this week that a third company that sent out the casting call had used "inappropriate" language. "We regret this situation, which in no way reflects our thinking as a company or as individuals," Catatonia said on its Twitter account.

Aeromexico also apologized, and blamed Catatonia for the "discriminatory attitude" of the casting call. "We offer our deepest apology and reaffirm our respect for all people, without regard to their gender, language, religion or skin color," the airline said in a statement.

For some social media users, the casting call confirmed what they say is a long history of implicit discrimination in Mexico.

Although most Mexicans have some Indian blood, and 6.7 million Mexicans over 5 years old speak an indigenous language, Indians have suffered persistent racial discrimination since the Spanish conquest in the early 1500s.

Blogger Tamara de Anda said Friday that she was a taken aback when she saw the casting call, and shared it on social networking sites.

"I always get these racist ads, but they've never been so explicit," De Anda said.

Discrimination in hiring is illegal in Mexico, but the national anti-discrimination agency said it had no immediate comment on the case.

Skin color was the second most-frequently cited cause of discrimination, after poverty, in a June survey of 5,200 Mexico City residents by the city government. 93% of those surveyed said they believed discrimination against Indians exists.

The poll had a margin of error of 1.4 percentage points.