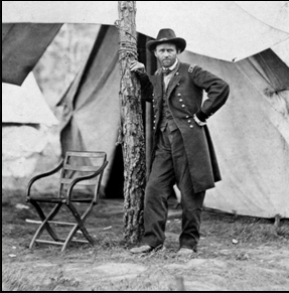 Grant’s order carried with it an immediate physical threat of expulsion and imprisonment for Jews in Kentucky and Tennessee, but it also carried a more wide ranging threat for Jews everywhere in the country. If Grant’s order stood, would they be safe anywhere in the United States? Photo Credit: http://www.longislandwins.com

As with the horrors of the Holocaust, prejudice against Jews is something long practiced around the world, including here in the United States where they suffered discrimination, dating back to the Civil War. One of the most blatant times was when General Ulysses S. Grant issued the infamous General Order No. 11.

Frustrated by a black market in Southern cotton operating within his base of operations, Grant issued General Order No. 11 in December 1862. It read, in part:

"The Jews, as a class violating every regulation of trade established by the Treasury Department and also department orders, are hereby expelled from the Department [of the Tennessee] within twenty-four hours from the receipt of this order."

This was quite typical of a time and place in America when Jewish people were considered, as a class, to be all Shylock-type peddlers and fast-buck artists. The U.S. was overwhelmingly Christian, and people simply didn’t understand or care to understand the Jewish religion or their ethnic values. Perhaps best illustrated by the Union detective who arrested a member of B'nai B'rith because he thought the group was a secret Confederate organization.

The order caused an immediate uproar, and appeals flew out to President Abraham Lincoln. Although a man of his time, to his credit, Lincoln did not care for discrimination in any respect, and in early January 1863, he forced Grant to rescind the order. Lincoln said he would not allow any American to be wronged because of religious affiliation.

When Grant ran for president in 1868, the order came up again as an example of his prejudice. He said that he signed it, sight unseen, in the blizzard of paperwork generated by the war. He won the election.