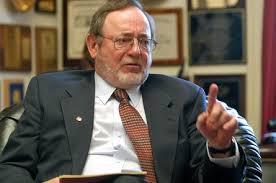 Rep. Don Young, one of the most senior Republicans in the U.S. House of Representatives, said in an radio interview that when he was young, his father “used 50-60 wetbacks to pick tomatoes.” Photo Credit: rollcall.com

WASHINGTON (AP) - The second-most senior Republican in the House of Representatives said he "meant no disrespect" in referring to Hispanic migrant workers as "wetbacks."

The 79-year-old Rep. Don Young, who represents the entire state of Alaska, issued a statement late Thursday seeking to explain his remark after using the derogatory term to describe the workers on his father's farm in central California, where he grew up.

"Wetbacks" often refers to Mexican migrant workers who entered the country illegally, and Young's use of the word will not sit well with Republican Party efforts to temper its hardline positions on illegal immigrants as it attempts to improve its standing with Hispanic voters and current efforts in Washington to reform the immigration system.

The Republican leader of the House, Speaker John Boehner, said Young's remarks were "offensive and beneath the dignity of the office he holds." Boehner said he did not care why Young said it; "there's no excuse and it warrants an immediate apology."

Young, discussing the labor market during an interview with an Alaskan radio station, said that on his father's farm, "we used to have 50-60 wetbacks to pick tomatoes." He said, "It takes two people to pick the same tomatoes now. It's all done by machine."

In his statement, Young said the derogatory term was commonly used when he was growing up. "I know that this term is not used in the same way nowadays," he said and noted he had discussed in the interview the compassion he had for these workers.

Since entering Congress more than 40 years ago, Young has been known for his hot temper, salty language, and independent streak.