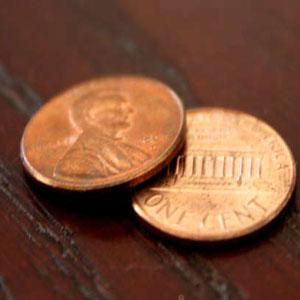 Two cents. That was why the line remained motionless. A young African-American mother glanced nervously over the items just scanned. Her wide-eyed toddler strapped into the shopping cart sensed his mother’s tension and began to display the same worried expression. Her two elementary school-aged daughters, with tightly braded pigtails held on to the shopping cart as probably instructed by their mother, were unaware of their mother’s dilemma.

“Ma’am,” the checkout attendant interrupted the mother’s frantic scan. “Ma’am you are two cents short. You need to put something back.”

This was my first experience of racism, where a putrid display of prejudice was not projected at me, but at the young African-American mother.

A major grocery story in Hot Springs, Arkansas was lightly littered with shopping patrons just less than an hour ago, was beginning to bustle as parents, picking up their children, were stopping at the grocery store to complete their last minute shopping errands before returning home. I stood with my mother with one shopper between us, and the woman who was two cents short. We were grabbing the weekly load of groceries for our family of five, our shopping cart filled to the top with name-brand goods that we could afford because both my parents worked heavy construction.

Unlike my Colorado home where snowfalls in feet not inches, daily highs in December in this region of Arkansas were well past the 50-degree mark, and unlike my rural Colorado routes where I freely mingled amongst whites and Hispanics, I witnessed a deep divide between races in this area. While my two sisters and I continued our color-blind socialization with our black apartment neighbors, the intermingling of other Hot Springs residents was sparse. Even our same age African-American counterparts questioned our unusual behavior.

Malcolm, a junior high-aged neighbor in an apartment complex directly next to our building asked, “Are you mixed?” Unsure of the question, my sisters and I shrugged our shoulders and continued to play tag. I still wonder what he meant by the question. While we looked white, our mother is Hispanic and perhaps he believed she was part black. Or our bizarre manner of associating with groups, not our own race, was the only way Malcolm could comprehend why we acted the way we did.

The experience was definitely new for my sisters and me. In the small towns of Colorado where we lived, there were few African-Americans. Growing up where “race” was what you ran, not something you judged someone for, we just naturally made friends with people of all nationalities. Although we never thought about it, we might have befriended our neighbors in Hot Springs because they were different from our prior acquaintances.

The store, only a few blocks from our apartment, felt like miles away with the non-moving checkout line. I had to stand on my tiptoes to look past the conveyer belt and beyond the impatiently finger tapping elderly African-American woman who stood between my mom and I, and the woman who was two cents short.

As I stood there, I considered what she should put back: Milk? No that’s a necessity. So is the loaf of store-brand bread, flour, eggs, cheese, and peanut butter. Well, I guess she could put the peanut butter or eggs back, but she probably needs to put back the six-pack of soda, Hamburger Helper meals, or one of the candy bars. Poor girls, I bet they were really looking forward to that candy.

Eagerly I glanced up at the young mother, wanting to proclaim what my intense study of her grocery items deciphered, and what she should return, but my enthusiasm waned as I looked at her. Her nervousness had transformed into a frantic blend of panic and embarrassment. The anxious toddler’s big beautiful dark brown eyes appeared to be preparing to tear.

“Ma’am, ma’am,” the impatient middle-aged white checkout woman droned. Rolling her hazel eyes and raising her light brown eyebrows, repeated, “You’re short. You need to put something back.” Her perfectly manicured blonde hair glowed like an unfitting halo as she waited on the young mother make a decision.

The fluorescent lights from up above, appeared to hum louder the longer we waited in line. The line continued to grow. There were now three more adults behind my mom and I, and all their eyes were on the woman in need of two extra pennies. The elderly woman glared then looked at her watch, sighing loudly. The young white couple immediately behind my mom and I had ceased their playful flirts to stare at the woman forcing them to wait. Another African-American woman, with an exuberant kindergarten-aged boy, leaned on her cart, eyes firmly pressed toward the front of the line, and the woman forcing her to wait.

Glancing up at my mother, I was shocked. She did not share the same aggravation toward the young woman, instead she was glaring at the checkout attendee. Instantly I understood my mother’s alternative reaction. I felt more embarrassed than the woman who was two cents short. I shamefully acknowledged my willingness to go along with everybody else, so concerned about my own life, I forgot about the human being under the most duress. The young mother forced to choose over necessities and a little bit of happiness for her daughters.

The woman was only two cents short. You can’t buy anything with two cents anymore simply because it is such a miniscule amount of money. I wondered, doesn’t the checkout woman have extra change like at the gas station — the old “give a penny take a penny” idea. Somebody has to have two extra pennies. I might be able to find the money easily on the white linoleum grocery store floor. Someone needs to help her.

Just as I finished my last thought, somebody did help the conflicted woman. Continuing to glare at the checkout woman as she maneuvered past the elderly woman, my mom grabbed two pennies from her purse. “Here,” Mom said, slamming the pennies down on the check-writing station. Her dark brown eyes neglecting to waiver their piercing glare toward the employee. The young mother barely audibly muttered, “Thank you,” rushing away as her toddler began to cry and her two daughters unknowingly skipped along with the cart.

The woman already burdened with two factors against her; that of being black, and poor, simply lacked two pennies on a shopping spree that was anything but splurging.

In the article, “The Effects of Racism-Related Stress on the Psychological and Physiological Well-Being of Non-Whites,” John Crocker finds that racism can be a debilitating stress that leads to negative coping strategies as one seeks to ease anxiety, anger, frustration, and depression by partaking in poor eating habits and substance abuse. These coping strategies reinvigorate more stereotypes with others perceiving the mother’s limited funds as caused by her issues with substance abuse. In actuality, substance abuse occurs because of the disparate treatment of others. Persistent racism toward an individual has also been found to cause physical health issues of subclinical carotid artery disease, according to a study conducted at the University of Pittsburgh.

Store customers deemed it okay to view the woman as a drain on society, determining it acceptable to blame her for her inferiority. Jeff Grabmeier, in the article, “Racial Stereotypes Hurt Academic Performance — in Whites,” suggests that negative stereotypes hurt those who have those thoughts because they begin to act in that perceived manner. Those who begrudge another individual who they observed as inferior may then act in that manner. Those bearing stereotypical connotations because they identify the unequal counterpart’s behaviors as permissible because the less-advantaged individual gets away with acting in that fashion commit the believed action.

Today, I continue to ponder why my mom was the only one to step-up when everybody else blamed the young woman. Maybe Mom may have seen herself in the young woman at that same age, barely able to get by and living off the bare minimum. On the other hand, Mom knew how it felt to be a minority, and understood how she suffered as the center of the accusatory stares, or the feeling of being an imposition on others. Whatever the reason, my mom looked past the young woman’s race and meager financial status and saw a human being requesting a tiny bit of assistance. The black woman required someone with basic commonsense who could look past their own immediate needs and realize the insignificance of two cents.