Holiday Celebrations: Religions Around The World 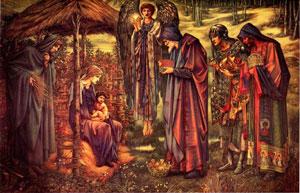 There are many different religions in the world and not all celebrate Christmas. Even more to the point, not all folks who celebrate Christmas even believe in, or celebrate the fact that December 25 was Jesus Christ’s birthday. In an article written by Melanie L. Marten on November 2007, Pagen Roots, she says, “The fact that some Christmas symbology was borrowed from pagan religions seems unarguable. Christmas trees — pine trees decorated with lights and ornaments — were used in Yule and solstice celebrations. The Yule log is a direct transplant, even keeping the name of the pagan religion’s holiday. It is obvious that many Christmas decorations have their roots in paganism. Even the time of the Christmas holiday has roots in the winter solstice celebration. As some pagans celebrate the return of the sun, often described as the birth of the sun king to a nature goddess, Christians celebrate the birth of the son of God. Bible historians make a case for the actual birth of Jesus in the spring. The church decided to celebrate Christmas at the time of the winter solstice, perhaps to coincide with the existing pagan celebrations.”

Since time began, people of all cultures celebrated winter festivals, which led to the morphing of the holidays now celebrated in modern times. The reason for these long-ago winter festivals, at least in the western world, were in large part due to the fact that these cultures primarily focused on agricultural, which meant less work was done during the winter months, thus making December a good time to celebrate.

Many modern Christmas customs still celebrated today, actually began with these festival customs from years ago, including the notion of gift giving and merrymaking taken from Rome’s festival called Saturnalia; lights, and charity from the Roman New Year, and Yule logs from the many German feasts held in the wintertime. Considered as pagan, the entire Scandinavia area arrived much later in the “Christianization” of the world than other European countries, including the festival known as Yule that they celebrated every year in late December. Even today, Scandinavians often call Christmas Jul translated to Yule, but the word is the same as Christmas in those countries.

Beginning in December, a number of holidays other than Christmas actually dot the calendar, including the Pagan celebration of the Winter Solstice, Chanukah for the Jewish, and Bodhi Day for the Buddhists. The following is a list of some of the holiday celebrations that take place the last month of the year. 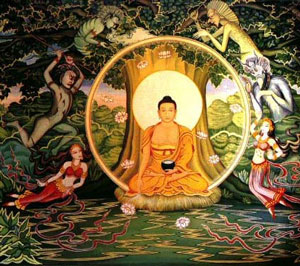 Buddhist
Bodhi Day also known as Rohatsu is on December 8 or the Sunday immediately preceding. It refers to the day in 596 BCE when the Buddha sat beneath a Bodhi tree and found enlightenment. Also noted in this enlightenment was his ability to escape repeating the cycle of reincarnation involving birth, life, death, and rebirth.

Christians
Christmas, celebrated by Christians on December 25, and many refer to this day as the birth of Christ. However, many Christians are apt to believe that Christ’s birth actually happened in the spring or fall, and thus the true origins of Christmas’ may be traced back to the ancient Roman Pagan celebration called Saturnalia, which they celebrated long before the Christmas tradition ever began. Christmas is actually an English word deriving from the old English Christes maesse, meaning, “Christ’s mass, and unlike Easter, Christmas was not celebrated by the earliest Christians until in the late 3rd Century A.D. as an alternative to pagan winter holidays. 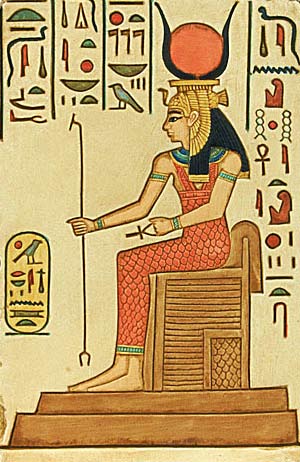 Muslims
The holy days for Muslims remain fixed to the lunar calendar, and on successive years, the days migrate about 10 days earlier as viewed on the Gregorian calendar. Id al-Adha or the Feast of Sacrifice or Day of Sacrifice, takes place during the 12th lunar month of the Islamic year, with the Hajj or the pilgrimage to Mecca, following, which recalls the day when Abraham intended to follow the instructions of God, and sacrifice his son Ishmael. Muslims celebrate this holiday in late December or early January.

Native American/Aboriginals
These groups also celebrate the Winter Solstice and in one example, the Hopi Indians have a ceremony called Soyal that lasts for 20 days, and includes the making of prayer sticks, a purification ceremony, and a conclusion of both a hunt and feast.

Zoroastrians
This group observes Zartusht-no-diso on December 26, a day that recognizes the death anniversary of Zarathustra, and includes special prayers recited with a visit to the Fire Temple in remembrance. 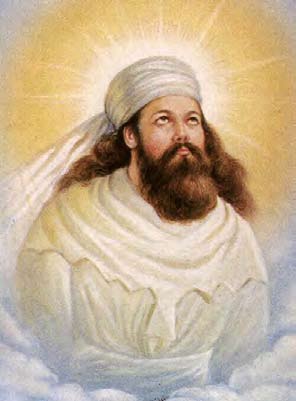 As for what is probably the best known holiday in December — Christmas, but it actually appears to be one of the newest celebrated holidays in the list. In fact, Elesha Coffman writes at Ctlibrary, that “Not all of contemporaries agreed that Christ’s birthday shouldn’t be celebrated, and some began to speculate on the date. The eventual choice of December 25, made perhaps as early as 273[AD], reflects a convergence of concern about pagan gods and the church’s identification of God’s son with the celestial sun. December 25 already hosted two other related festivals: natalis solis invicti, the Roman “birth of the unconquered sun,” and the birthday of Mithras, the Iranian “Sun of Righteousness,” whose worship was popular with Roman soldiers. The winter solstice, another celebration of the sun, fell just a few days earlier. Seeing that pagans were already exalting deities with some parallels to the true deity, church leaders decided to commandeer the date and introduce a new festival.”

No matter the December holiday you choose to celebrate or even the actual reason you decide to celebrate, it is safe to say that across the board holiday celebrations are all a wonderful time to give love, receive love, and spend time enjoying family like no other time of the year.