Suicide Has No Respect For Age, Race, Or Socio-Economic Status 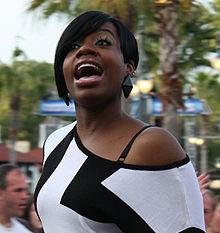 Fantasia Barrino discussed her attempted suicide on VH1 on Aug, 23, 2010. According to a story on Examiner.com, the attempt was a publicity stunt to garner attention for her new album, “Back To me.” Photo: Public domain

As the associate editor for USARiseUp.com, I normally assign out all of the EMagazine article departments at the beginning of the month prior to publication. However, this month, no one seemed interested in writing an article for our Labels and Stereotypes department, which was odd until an incident occurred that clarified the higher plan, if you will, and explains why I am writing this article for the September issue.

September is National Suicide Prevention Month, and although myself, and most of those around me, do not normally think of it or even remember it as such, my recent experience concerning my best friend of 10 years, brought it all home quickly and succinctly.

Unfortunately, many people live under the fallacy that if someone threatens suicide they will not actually follow through, however, it is just that, a fallacy. If someone you know threatens suicide get them help immediately, do not risk their life or your mental well-being on the off chance that it is just a threat. What if they follow through and you did nothing to prevent it?

Many of us want to think that we are not responsible for someone who is threatening to commit suicide. We believe that it is something beyond our control, and outside our realm of personal accountability. However, it is important to remember that even if this is not your friend or family member, we all have a responsibility as human beings to try to help those who cannot help themselves, even if that means taking those extra and uncomfortable steps of having them hospitalized.

Another unfortunate belief is that unless someone attempts to harm themselves with a weapon of some type, or some type of prescription narcotic, the threat of death is not as real. Again, not true, as I witnessed firsthand, something as innocuous as 25 mg Benadryl capsules can be as life threatening as any other form of suicide attempt. In addition, as an antihistamine, they metabolize very quickly and are even harder to remove from the person’s system than many prescription narcotics.

As I mentioned earlier, my friend who is living on my property did attempt suicide recently, and even though she only took Benadryl, she took enough to not only land her in the hospital, but enough to result in her being taken by life flight to a nearby city with a better critical care unit to keep her alive. 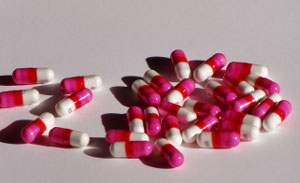 When her husband first came to me and said she had taken a “handful,” of the pills, we did what most people do, we waited, we counted the remaining pills, attempted to figure out how many she had taken, went on the internet to see the risk and signs of overdose, and seriously hesitated before calling 911. In a situation like this so many things rush through your mind, such as, “what if she is not actually overdosing,” “what if I call 911 and it is all a mistake,” and “how angry is she going to be when she finds out that I reported her as a suicide attempt when she comes out of it.” Yes, all of these things ran through my head in a matter of minutes – but in the end, I knew we could not risk her life on all of the “what ifs,” and if she was mad about it later, so be it. In the end, the reality was that her life was more important than my ridiculous concerns about her reaction to my decision later.

However, as I said, due to all of the hesitation and self-doubt you experience in a situation like this, it was nearly 40 minutes between the time she took the pills and the arrival of the ambulance. By this time, she had gone from a highly combative state to being unconscious, unresponsive, and nearly dead as they rushed her to our local hospital.

As I consider all the events leading up to her suicide attempt, and my obvious relief that she survived the night and her prognosis physically is good, I am completely devastated over the fact that she would do something so drastic. A few hours before she made this suicide attempt, she had just arrived back home from celebrating the birth of her third granddaughter. She showed me photos of her daughter and the new baby, while exclaiming how proud she was of her daughter and how well she did throughout the extremely long and arduous labor and delivery. After we talked for a while, she left with her husband to run an errand, and in less than two-hours, she returned home and tried to kill herself. Not once prior to this suicide attempt did she try to talk to me again. No, I do not understand as I write this article what led her down this path. I have ideas of course, but in my mind, there is nothing so terrible or unfixable that warrants taking your own life.

According to an article on the Free Library website, Idaho law does not have a mandatory 72-hour psychiatric hold after an attempted suicide. Therefore, less than 24 hours after going from a two-day stay in the critical care ward recovering from her suicide attempt, to the psychiatric ward for evaluation, they released her into the care of her daughter based on her desire to leave the hospital.

A 2009 report from the Idaho Council on Suicide Prevention showed that Idaho is ranked 10th highest in the nation for completed suicides, and 3rd highest for completed suicides among youth and young adults. The report also illustrated how Idaho has 865 attempted suicides per year due to the economic strain felt by many individuals, which results in approximately 8.2 million per year in hospital costs, and an average of 7.2 million per year in lost work time. This report further indicates that 58.7 percent of those who did not die from their initial suicide attempt; did die within days or the first two months due to a lack of aftercare and treatment options. 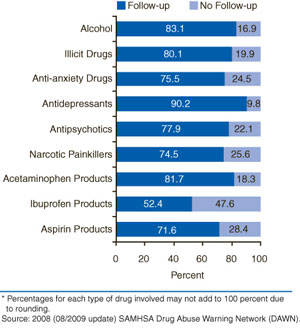 With all of this in mind, my sense of security about the final outcome for her mental health, and/or life, is not overwhelmingly positive since she remains obviously depressed, and has no remorse for attempting to take her own life. Moreover, the unfortunate question that I, and everyone involved must consider, is since she is not getting the help she needs now, and will she try again? Or, will the best outcome occur: That she learns from this mistake and takes back control of her life?

In combination with a large variety of internet resources, there are also city, county, state, and national suicide prevention, and intervention centers for support in all areas of the country. If you do not know where to turn and it is not an immediate crisis requiring 911, please contact the National Suicide Prevention Lifeline at 1-800-273-8255, or visit their website at suicidepreventionlifeline.org.

For more information on the warning signs of a possible suicide, please look at the following list:

As I look at the above list, I can clearly see that many of these warning signs were present for a long time before she followed through with the attempt to kill herself, but like many people, I did not actually think about them as warning signs, or even as a complete picture of a truly suicidal person. I honestly did not consider that she would ever seriously do anything so drastic. 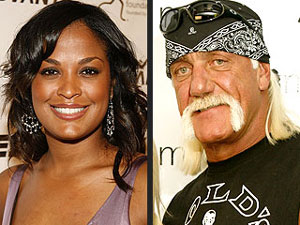 Although I realize I am powerless over whatever outcome occurs now, and that I am not responsible for her success if she tries again, in my heart, I wonder how I will feel, and how this will affect my family. Yes, that does sound harsh, but in the end, my first sense of accountability must be for the welfare of my family, regardless of whether or not she succeeds. And yes, I am angry over the way my state handles this issue, as well her lack of remorse for her actions or how she is affecting those around her, but suicide is a selfish act that is not based on the person’s care or concern for others.

The National Suicide Prevention Lifeline is a free service and 24-hour hotline that is available to help you, and/or anyone you know that is in suicidal crisis or emotional distress. If your state has these resources, the National Suicide Prevention Lifeline will direct you to the nearest crisis center in your area, by making this call, you might save your life, or that of a family member or friend, or even someone you really do not know well, but can help.

However, as the report from the Idaho Council on Suicide shows, if you live in a state such as mine, you might not have a suicide crisis hotline available, and calling 911 might be the best and most effective response in saving a life. Therefore, as I said, many states do have crisis centers, specific hold laws, and hotlines in place, but I do strongly suggest that if you or a loved one is in trouble, a little research into your state’s laws and resources could save a life.

I found this article very interesting. The article informs people that you never really know the actions people are going to take. So, if you feel someone is going to take their life, don't think twice about it and get them help. The article states even if you feel stupid or that your overthinking someones suicide attempt its alright because you can't take someones life back. This article was presented in the Labels and Sterotype section of the paper. I think putting the article in this section was extremly smart. A lot of people today are impacted by the words of others and feel sometimes suicide is the only way to make things better. People need to realize their words effect people so much deeper than they intend and joking about suicide most likely means they were thinking about doing it at somepoint or another.

Nobody seems to see this as a civil rights issue. I have to be so carefull over the next few weeks as I make preparations (write a will, etc etc) because I see it as being quite simple. This is my body, my life, and if I decide that the time has come to end it, and I do, then, that's my business not anyone elses. I'm a free citizen, and I reject the notion that a wish to committ suicide is automatically evidence of mental instability.