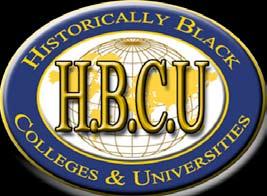 A cultural legacy, a commitment to social justice, a gateway to the real world, and more economical tuition are some characteristics that embody the essence of Historically Black Colleges and Universities (HBCU), and some believe may be a catalyst for driving African-Americans to them. However, in a world where shades of brown, white, and beige exist, students of all ethnicities are gravitating toward those bastion institutions. Whether we like it or not, HBCUs are becoming diversity drivers of the 21st century.

One-hundred and five HBCUs scattered throughout the Mid-Atlantic, Central, and Southern states have a reputation for opening educational doors closed by their historically white counterparts. Although, traditionally, mostly African-Americans have walked the halls where global leaders and thinkers such as Dr. Martin Luther King, Jr., and Howard Thurman walked, in the past 20 years, a racial shift has cracked the glass ceiling at HBCUs, where student bodies boast refreshing diversity.

According to a report from the Thurgood Marshall College Fund, an organization that provides scholarships, support, and research to HBCUs, these schools are attracting more non-black students, particularly Asians and Hispanics.

The fund reports that the enrollment of non-black students has increased 64 percent during the past 20 years, which include Texas Southern University (TSU) and Prairie View A & M University (PVAMU). About 85 percent of TSU’s overall enrollment is African-American, but that dwindles to 54 percent in the law school, where U.S. News & World Report has named it the most diverse in the nation.

Most HBCU schools are still predominantly African-American; however, the percentages of Asians and Hispanics are rising expediently. In addition, the significant growth is the result of aggressive recruitment incentives such as diversity scholarships, smaller class sizes, and cheaper tuitions.

A report from the latest United Negro College Fund’s, Affordability of UNCF-Member Institutions study, indicates that HBCUs provide lower tuition rates than Historically White Colleges and Universities (HWCU). Most HBCUs do not receive government grants or sizable scholarships, but it does not deter these institutions from recruiting at all angles.

Trends in College Pricing Data, supports that a private HBCU costs an average $10,000 less than a private HWCU; a public HBCU is $2,000 less on average than that of a public HWCU. Therefore, recruiters use these economical benefits to attract potential students, and many educators believe that not just colleges seek out diverse students; the students want to experience a different perspective. 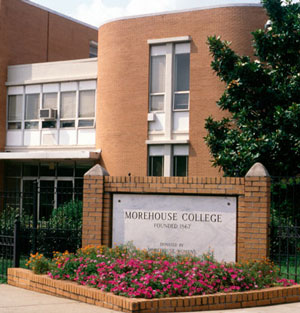 In 2008, Joshua Packwood became the first white valedictorian in the 141-year history of the well-known Morehouse College, in Atlanta, and even though Packwood had scholarships to Columbia University and other Ivy Leaguers, he wanted to attend Morehouse.

“None of the lives, no matter how large their enrollment is, no matter how many Nobel laureates they have on their faculty...none of them could’ve provided me with the perspective I have now,” he told the Associated Press on May 12, 2008.

The trend toward more diverse student bodies is also a result of states mandating that HBCUs take affirmative steps toward diversity, and in the case of Alcorn State University in Lorman, Miss., they now have approximately 5 percent of the student body that is not black.

Some educators say the shift to change the face of HBCUs has resulted in resistance. In Texas, where a third of the population is Hispanic, PVAMU President George Wright, says he encountered resistance as he pushed to increase non-black enrollment.

“When I started college in the late 60s, I was in the second wave of desegregation and it benefited my career.” When he became the seventh president of PVAMU in 2003, he says, “I had the same responsibilities to others, namely Mexican-Americans.”

How people at PVAMU viewed the change as a threat to the values of the school, possibly in fear of diluting the “Blackness” in HBCUs, shocked Wright. Often, culture runs deep with tradition, but he says, “because we are a group of people who were once denied access, we should be especially sensitive to other minorities.”

Perhaps all institutions can mirror those same values, which can possibly prepare students for the different world we will see in the next 10 years. Wright, along with other HBCU leaders, are not sitting shotgun, but they are taking the wheel to thrive from diversity.