Political Correctness May Not Advance Racial And Cultural Understanding 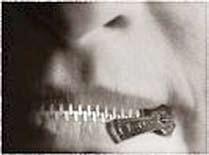 Zipping our mouths shut does not aleviate the racial and cultural tensions facing us today, or our children of tomorrow.

There is a quiet debate going on surrounding the pressure by many for the development of a gender, ethnically, and racially neutral language for use when discussing political, social, and cultural issues and topics. Termed “political correctness,” and taking shape over the past 30 or so years, it is for many in academia, journalism, and other arenas, pretty much become a standard in writing and other forms of expression.

In theory, political correctness means to maintain a position of neutrality, presumably looking past the mere presence of difference toward the humanness of the individual, or group in question. Many contend, however, that there are certain elements lost from language with this type of censoring, that we lose the edges and character that make us who we are at this moment in time. Some believe strongly that in the end, the politically correct movement actually serves to dismantle, repeatedly, the very culture of inclusiveness, and commonality of the human experience it is striving to maintain. Others go even further and argue that the movement in effect works to silence those who diverge from politically correct positions, in effect censoring alternative thoughts and ideas in mainstream culture.

History has demonstrated time and again that language is a powerful weapon in shaping the beliefs and assumptions of those immersed in it, and there is no doubt that discourses intended to define the boundaries of self and others, help to create inequities of power that allow for one group to take political, economic, and social advantage of another. Therefore, the need for a language that embraces divergent cultures, ethnicities, and belief systems is a valid one, and one that particularly needs to be pursued in a modern world dominated by the proliferation of the written and spoken word.

In today’s global society, the search for an inclusive language becomes more and more pressing if we are all to live together peacefully amid our many differences.

Initially, the roots of political correctness stemmed from a growing recognition of the power and potential abuses of language in the latter half of the 20th century. In essence, the politically correct movement was aimed at altering word choice in language to avoid offending a certain group of people or reinforcing a stereotype concerning that group.

Since the early 1980s, this has come to shape our language, shifting basic terminologies that refer to specific groups of people from expressions steeped in discrimination and marginalization to more neutral terms. A prime example is the shift in designations for Black Americans from politically loaded terms like “Negro,” or “colored,” to the more neutral descriptor like African-American.

The same holds true for the shift from “crippled” to “disabled,” and finally to “differently abled” or “physically challenged,” when referring to those who are handicapped.

However, there have certainly been backlashes to this movement. As language and public discourse come more and more under scrutiny, the arenas in which offense can take place become much more broadly based. There also seem to be no limits to the boundaries of what this movement can dictate as acceptable or improper, and it has in turn, infiltrated many areas of the private sectors that some would deem inappropriate.

Rather than striving to delineate new designations of right and wrong, a more effective route would be to move toward a language with less structure, one that is more inclusive of the endless differences that exist in societies today. In addition, the key to building this style of discourse is rooted squarely in education, in the development of a more informed, and thereby compassionate populace who seeks to understand and embrace differences, and diversity in terms of lifestyle, belief system, and life approach.

Instead of seeking to eradicate differences, the focus should be on acknowledging and embracing them, which would begin an effective process of building bridges between cultures, regardless of race, gender, sexual orientation, or religion.

The power of language is twofold. Although it can seek to dominate and control, it is also our most powerful weapon toward building a diverse world where differences can thrive. When understanding is cultivated across lines of race, gender, culture, and ethnicity, it allows the diversity of all to enrich our identity, while helping each of us to utilize our strengths to build a stronger, more vibrant society, where all everyone from every walk of life retains meaning and purpose in another’s overarching worldviews.

Today for the first time I felt so uncomfortable that I did not raise my hand to speak. The term whiteness kept coming up and "safe spaces" for people to speak. Today and even right now as I type this...I do not feel I have a "safe space" to speak about race. Where do anti-racist white people get to speak about their feelings? Sometimes I just don't want to offend anyone...sometimes I just feel I am looked at as racist just because I am white. I heard a non white person talking to me today about whiteness. I just sat there and didn't say anything. How does he know what it is like to be white? And this word whiteness...it's a new word for me...another racial word that separates. Looking around and noticing all the white people not saying anything, like me. Plenty of non-white people were raising their hands. Obama came up as well, and the speaker said he didn't believe that Obama was elected president because he is black. I think it helped him. I definitely think so because I heard a lot of non white people saying they were voting for him because he was black. I wanted to raise my hand and ask this speaker if he believed that Obama being black helped him get elected but I didn't. I am white, and didn't want to be viewed as racist or argumentative. I voted for Obama, so this is not the issue. I just was not impressed with the things this man was saying. Maybe my eyes were opened today...I don't know. Maybe I just need to process this a little more. I had to get it out of my system though because I don't have anywhere else to talk about it. My views are different than my families views. So where do I get to go and be an anti-racist white and speak in a "safe space?"

The question is this: Are words in our everyday vocabulary really that rude and offensive that they need to be changed, or are people becoming way too sensitive these days? I personally believe that there are words that were once deemed acceptable that are in fact, offensive. However, I also feel that today some people blow things out of proportion and words that we've always used are suddenly unacceptable. I see political correctness as an unnecessary idea but then again I am personally not the type of person to be easily offended. I think in certain cases, such as the time of such open ignorance toward the African-American people in which people used words like “negro” and “colored,” that these words reflect and echo the beliefs of that prejudice and hate and therefore need to be changed. On the other hand, other words that have been changed accomplish nothing, for example words that define the mentally handicapped. I personally think the phrase “mentally handicapped” is not offensive, but recently in my sister-in-law’s work place (which works with clients with mental defects) it was noted that the clients were now to be referred to as “intellectually impaired.” I think words that define certain groups of people which are rude and insensitive need to be changed in order to protect the people within these groups. But who, logically, decides what is acceptable and what is not?

I agree with your last sentence. Who does decide? Good point!