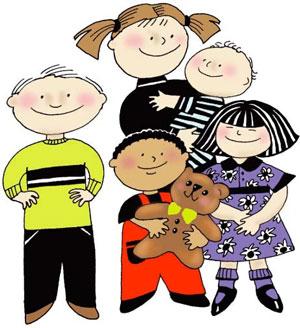 Growing up in a northern suburb of New York City, walking distance from the train and just a 35-minute ride to Grand Central Station, I never really noticed that my public schools held a mix of children from different races. That is, it was not something that was noteworthy, it just was. Most of the families in my town were working-class, like my own, descendants of immigrants trying to make a better life for their children.

Fast-forward 30 years. I am still in the same county, but moved further north as home prices rose and property sizes shrank. Raising my own family in a house with a yard and a dog, and sending them to public schools, has created a similar environment for them as the one in which I grew up. Or, so I thought.

Just recently, an article in my local newspaper, The Journal News, in Westchester County, New York, reported that for the first time, minorities would make up 50 percent of the county’s youngest schoolchildren in the 2010-2011 school year. This changing mix of our county’s families follows a national trend reported in USA Today. The major challenge for schools, according to the article, is likely to be the ability to handle the higher numbers of children. However, overcrowded schools concern all parents, and this awareness of its potential will make it easier for parents and educators to find solutions. This is not what struck me.

When I visited the newspaper’s website and began reading some of the readers’ comments left at the end of the article, which numbered close to 200, I was more than disheartened, and I was disgusted. Many people had made a synonymous jump from the word ‘minorities’ directly to ‘illegal immigrants,’ ‘uneducated poor,’ and ‘criminals.’ There were derogatory remarks, ignorant comments, and political tantrums. However, for the venue – the Internet, and not some corner pub with horses and carriages parked outside – I felt I had been thrown back a century in time. Several people’s comments were removed from the discussion board because they were deemed offensive, inappropriate, or inflammatory. Unfortunately, I would not be surprised to find that some of these posts were made by the people who live in my mostly-white town.

While I realize that many of these posts remain because of the limited monitoring the page receives, the greater realization – that there are so many bigots living in my county, nay, in my back yard – makes me sad and ashamed. I am raising my children to value people based on their actions and selves, not their nationality, religion or skin color. Until now, I had no idea that in this endeavor, I am in the minority.

Interestingly, those who commented in this negative vein had their profiles set to ‘private’ and used pseudonyms. However, those few who took the time to make lucid, thoughtful arguments in favor of our growing melting pot had no problem signing their real names. Those who know they are in the right have nothing to hide. We are proud of our actions, and of our confidence that we are raising children who are open-minded and unbiased.

The idea that people of other ethnicities threaten the fabric of what our society was built on is absurd. They are that very fabric, weaving America into a great melting pot. The fact that adults (for I never hear children make such a complaint) segregate non-white people in a them or us mentality is not only dated, it is foolhardy. Times have changed, and these viewpoints will soon be relegated to the past, where they belong.

Children learn from their parents, but also from their peers. My children will not be subject to such narrow, racist viewpoints in my house. Yet they are, sadly, sure to meet with other children in school who share their parents’ views, parents who may indeed be some of the commenter’s from that discussion board. When that happens, I can only hope that my sons will give those children an education in humanity and the real world, through their own actions, and that the message will stick.

I feel the meaning of this article is very important. Schools need to really focus on mixing all different types of races and backgrounds within their school. The article was right when they dicussed if students get use to a biased mix of kids they will act different towards other groups of people. Today race or the ethnicity of a person should not come into play at all when putting groups of people together. The article is correct when it says kids learn from students and their peers. So, if childrens parents put them in the same school with all the same race of classmates what is that teaching their child? They are telling them they are different adn should only associate with people of their kind. I think it is so important to mix all groups of people because it allows children to see a life from someone else's eyes and they might be suprised in the things they discover about their classmates.