The Trouble With Proper: When Racial Stereotyping Dictates Belief System 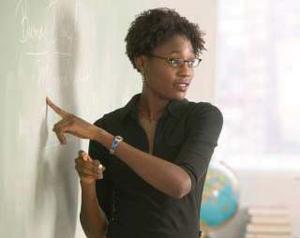 I grew up in a family full of teachers. My grandfather, aunts, uncles, and even my mother were all educators. It runs in our blood, so an aspect of my upbringing that seemed perfectly normal to me was being around individuals that found power in expanding their vocabulary, and speaking with the utmost articulation and poise.

It was not a means of putting on airs, or perpetuating some falsehood of status. It was truly a normal practice. In my eyes, my speech or pronunciation never stood out from anyone else’s, or resulted in some lack of identity. It was simply English, correctly pronounced. The ears around me, however, regardless of race, always attempted to classify my voice as sounding “white.”

At a young age, I became familiar with phrases like, “you talk so proper,” and “you sound like a white girl.” After becoming accustomed to such remarks, I felt as if I had done something wrong by simply speaking. I am now in my 30s, and I am almost shocked when anyone points out what they believe to be a flaw in my speech. Situations like this force me to ask the question, “In 2010, are we still holding on to the misconception that proper speech is not a norm in regards to minorities?”

My closest female friends so happen to be African-American. On several occasions, we make light of the reactions of others by our speech. The three of us, all born and raised in a Kansas City suburb, have similar experiences. As professional educators and business managers, we have to communicate frequently on a daily basis. A circumstance we all have in common, revolves around someone complimenting us for “speaking well.”

Although the individuals giving the “compliment,” (a term I use loosely because it is not true in its definition) thought they were saying something positive, but what they failed to realize was that our ability to use proper grammar was not some challenge, or extraordinary task that we accomplished. Praising good grammar for young scholars who are learning the rules of language in general is acceptable, but trying to force professional African-American women into a racial profile that is based on the belief that these women do not fit into someone’s preconceived notion of an African-American's learning capabilities is ridiculous.

My experiences are not limited to the majority underestimating the minority. The majority of my run-ins with social surprise over my articulate manner come from my own peers. Several men have introduced themselves to me, inquired about me, and casually interrupted my greeting to inform me that they are either tickled, or surprised that I sound “so white.” These introductions were typically brief.

The first days of school with my students provides time for them to get to know me and ask any questions they might like to know the answer to, in order to start the year off with a new teacher. Questions like, “Did you grow up around black people?” and “Is your mother white?” usually top the list. I have even corresponded with people over the phone, who, upon meeting me, were shocked to find out that I was not of European descent.

Though tenderly annoyed at the constant question of my language, I never found fault in myself. The friends, family, and colleagues that I interact with on a daily basis sound just like me. In fact, I interact with so many minorities that have no trouble with speech, I am curious to know exactly where the overwhelming misconception comes from. When faced with the statement that I don’t sound “black,” I usually respond with the question: What is a black person supposed to sound like? If the notion exists for language, then surely the notion of dress, attitude, and status can’t be lagging far behind.

For some, we need to broaden the idea of what it means to be an African-American. In years past, my English students have often struggled when I continuously correct their grammar. I will admit, being the daughter of an English teacher and following on to be one myself, has put me in a position of being very strict about usage. (What can I say? It’s my job.)

What I find interesting is that some students have used terms incorrectly for so long, that hearing it used properly almost sounds wrong. Telling my students that there is no “s” at the end of mine usually becomes a classroom debate. I’m in a great position to teach lessons about grammar to the younger generation, but what I emphasize the most, is that no one should associate proper speaking with derogatory images.

Once words leave the mouth and travel into the atmosphere, they should be valued for their content. Whether it is an African-American woman born in raised in Bel Aire, or Baton Rouge that is speaking, the focus should be on what contributions someone makes; not what verbs are conjugated. I am proud of who I am, and if it is true that every person has a voice that should be heard, I know mine is loud and clear.

I really enjoyed reading this article I thought it brought up a great point that people tend to always stereotype. This woman in the article her whole life has been asked if she was white or why she talks so proper. I think anyone in the world can talk proper and shouldn't be put in a category because of the color of their skin. The woman in the article had the right to feel defensive about being called white. People calling her white were basically telling here people that are black are not capable of talking proper. I personally think that is ridiculous because anyone in the world of any color or background can talk proper. Everyone in the world is different and learns differently, so the way someone talks doesn't make them any different than anybody else.