Jews And Blacks: A Snap Shot ... Working Together To Make a Difference 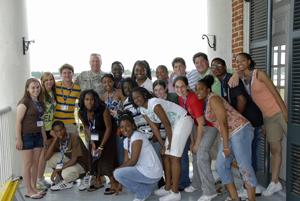 • 1909 – The National Association for the Advancement of Colored People (NAACP) was founded. Interestingly, W.E.B. Dubois was the only prominent black of the founding board of directors. Most of the other board members were Jewish. The NAACP’s first president was Arthur Spingam, and only Jews served as board presidents until the 1970s. The Jewish leadership was little known by the public at large.

• 1912 – A coalition led by Booker T. Washington and Julius Rosenwald (Sears, Roebuck) founded over 5,000 schools and colleges for black in the south

• 1940s – Darryl Zanuck, influential Jewish Hollywood mogul, and Walter White, head of the NAACP, met to discuss the portrayal of blacks in the movies

• 1970s – The rise of Black Power, and the expulsion of many Jews from the movement.