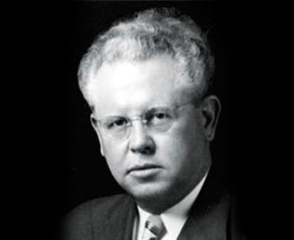 On Feb. 8, 1942, two months and a day after the bombing of Pearl Harbor, 13-year-old Herbert Inouye, his mother, brother, and three others shoved everything they could into a car, truck, and a pick-up and left their homes in Los Angeles. The county sheriff had quietly warned them that they needed to get out of California as quickly as possible. There was racism news from the media and rumors of camps being built, and soon Japanese-Americans like them would be rounded up and sent to live behind barbed wire, simply because of their racial and ethnic identity.

As the little caravan bound for Colorado made its way across the California desert, through Arizona, into New Mexico, rifle-toting state troopers tracked their every move. One even jumped onto the car fender and rode on it, pointing his gun at the terrified occupants. Local radio stations broadcast their route with articles on racial profiling that exploded throughout the country, and brought out angry mobs that hurled racial slurs and garbage at them. Over and over they were hauled into police interrogation rooms for questioning. When at last they entered Colorado, Inouye's brother spotted a state trooper and pulled the truck to the side of the road. Inouye remembers thinking, "Here we go again..."

But then something remarkable happened. The trooper strolled over to the parked truck and smiled into the open window. "Governor Carr and the people of Colorado welcome you."

It was the first time Inouye, now 79, had ever heard of Ralph Carr, the Colorado governor who sacrificed a rising political career and died denounced and forgotten because he defended the rights of Japanese Americans.

By coincidence it was only days after Inouye and his family arrived in Colorado's San Luis Valley to start a farm that Carr, a second-term Republican, would receive Executive Order 9066. In that infamous document, President Franklin Delano Roosevelt authorized the removal of tens of thousands of Japanese-Americans from their homes and businesses on the West Coast because they were viewed as a possible threat during wartime. More than 110,000 would eventually be sent to detention camps for the duration of the war. One camp called Amache would be opened on Colorado's desolate southeastern plain not far from the Kansas border.

"What kind of man would put this out?" Carr is said to have thundered at his staff. Clutching the executive order in his hand, he was furious. "Now that's wrong! Some of these Japanese are citizens of the United States."

"He believed there was no greater infringement of the Bill of Rights than the executive order he was holding in his hands," says Adam Schrager, a Denver political reporter and author of the newly released biography, The Principled Politician: The Ralph Carr Story.

Born on Dec. 11, 1887, Carr was a political conservative who revered the Constitution and was guided by a deep religious compass that abhorred discrimination. As a child he had watched his father defend the rights of Mexican farm workers during the Depression. As Colorado's 29th governor Carr's political star was on the rise. In 1940 he turned down the chance to be Wendell Willkie's vice presidential running mate. There was even talk of his own future run for the White House. But then he took a principled stand that forever quieted talk of such possibilities.

As anti-Japanese sentiments escalated around him he became even more resolute. "If we imprison American citizens without evidence or trial, what's to say six months from now we wouldn't follow them into that same prison?" he asked.

It infuriated him that citizens could have their rights so trampled by their own government, Schrager says. Carr once declared that the U.S. Constitution begins with "We the people..." It doesn't, he said, begin with: "We the people who are descendants of the English or the Scandinavians or the French."

His was a voice in the wilderness. In the neighboring state of Wyoming the governor there promised "A Jap hanging from every tree." In Kansas, the governor vowed to call out the National Guard to keep Japanese- Americans out of his state. Within Colorado the hysteria was also mounting. A front-page headline in the Denver Post called the Japanese "yellow devils." Some called for Carr's impeachment.

In 1942 he lost an election to the U.S. Senate and retired from public life. He died in 1950 at age 62. "He was unapologetic and remained proud of what he did. He was principled to the end," says Colorado historian Tom Noel.

In March 2009, Carr finally got his due, with World War II veterans and Japanese- Americans standing side by side, Colorado legislators honored the forgotten governor by naming a stretch of state highway after him. The Ralph Carr Memorial Highway runs past the abandoned site of the Amache camp.

"I wish more people knew about him," says Inouye, "and what a great man he was."