Discrimination Against Chinese Lawyer To Be Corrected 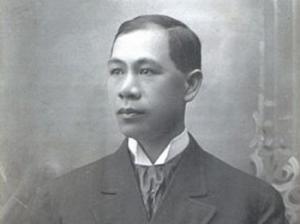 Discrimination against a Chinese lawyer will be corrected if a group of students and professors are successful with their appeal. The discriminatory act, which occurred in the late 19th century still stands as a testament to the racial prejudice that pervaded, and still pervade, many aspects of American life.

California's Supreme Court in 1890 denied Hong Yen Chang's application to practice law solely because he was Chinese - a decision still studied in law schools as a 19th century lesson in bigotry.

Now, students at a Northern California law school are working to right that long-ago wrong. They hope to persuade the current court to reverse its 124-year-old decision.

Students at the University of California, Davis, School of Law's Asian Pacific American Law Students Association and two professors have submitted an application to practice law to the State Bar of California on behalf of Chang. It is a first step before approaching the high court, which licenses California's attorneys.

"This is a unique situation and we don't know what the Committee of Bar Examiners will do with the application," spokeswoman Laura Ernde said. The committee is scheduled to consider the application in late June. Approving Chang's application would correct a personal injustice and serve a broader public interest purpose, the students and professors wrote the state bar.

"Admitting Mr. Chang would be a powerful symbol of our state's repudiation of laws that singled out Chinese immigrants for discrimination," said Gabriel "Jack" Chin, a professor at UC Davis School of Law and the student association's adviser.

Chang studied at Yale University and Columbia Law School, graduating from Columbia in 1886. After initially being denied a chance to take New York's bar exam, a special act of the state Legislature enabled him to sit for the test and pass. The New York Times reported at the time that Chang was the first Chinese immigrant to become an American lawyer. 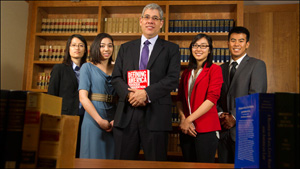 In 1890, he moved to California with plans to practice law and represent the burgeoning Chinese population in San Francisco. But the California Supreme Court turned down Chang's application, citing the federal Chinese Exclusion Act - which barred Chinese natives from obtaining U.S. citizenship - and a California law prohibiting noncitizens from practicing law.

"It's a pretty notorious decision," Chin said. Chin said that Chang's case is well-known in legal circles interested in combatting discrimination. He also said the project is a good lesson for the Asian Pacific American Law Students. "Every student can put themselves in his position," Chin said.

Chin said there is no precedent in California for awarding a posthumous law license, but at least two other states have granted similar applications. In 2010, the Pennsylvania Supreme Court admitted George Vashon to the practice of law. The same court denied Vashon's application in 1847 because he was black. In 2001, the state of Washington Supreme Court admitted Takuji Yamashita after he was denied a license in 1902 because of his Japanese ancestry.

In addition, Chin said granting Chang a posthumous license would be in line with lawmakers formally undoing the anti-Chinese and anti-Asian laws and apologizing for the discrimination. Congress repealed the Chinese Exclusion Act in 1943 and both chambers have recently apologized for the exclusion act and other discriminatory laws. The California Supreme Court in 1972 allowed noncitizens to become lawyers in the state.

Chang went on to have a distinguished career in banking and diplomacy.

Chin has made a career of working with law school students to redress past injustices. When he taught at the University of Cincinnati, for instance, he and his students discovered that Ohio was the only state not to ratify the U.S. Constitution's 14th Amendment, which gave blacks citizenship and allowed them to vote. Ohio lawmakers ratified the amendment in 2003.