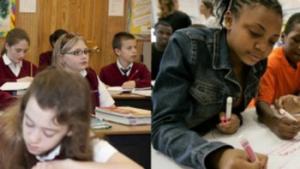 New York has the nation’s largest school district along with the most segregated public schools. Photo Credit: presstv.ir

New York state has the most segregated public schools in the nation, with many black and Latino students attending schools with virtually no white classmates, according to a report released Wednesday.

The report by the Civil Rights Project at the University of California at Los Angeles looks at enrollment trends from 1989 to 2010.

In New York City, the largest school system in the U.S. with 1.1 million pupils, the study notes that many of the charter schools created over the last dozen years are among the least diverse of all, with less than 1 percent white enrollment at 73 percent of charter schools.

"To create a whole new system that's even worse than what you've got really takes some effort," said Gary Orfield, co-director of the Civil Rights Project and an author of the report.

He and his fellow researchers say segregation has the effect of concentrating black and Latino students in schools with high ratios of poor students compared with the statewide average. Black and Latino students who attend schools that are integrated by race and income level perform significantly better than their peers in segregated schools, the authors note. 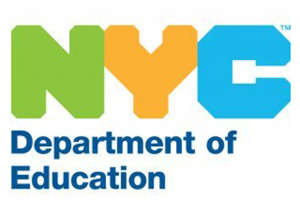 The study suggests that New York's segregation is largely due to housing patterns but that it could be mitigated through policies intended to promote diversity.

"In the 30 years I have been researching schools, New York state has consistently been one of the most segregated states in the nation - no Southern state comes close to New York," Orfield said.

Other states with highly segregated schools include Illinois, Michigan and California, according to the Civil Rights Project.

"For New York to have a favorable multiracial future both socially and economically, it is absolutely urgent that its leaders and citizens understand both the values of diversity and the harms of inequality," the study's authors say.

New York City Department of Education spokesman Devon Puglia did not address the findings of the report, but said, "We believe in diverse classrooms in which students interact and grow through personal relationships with those of different backgrounds."

New York has a reputation for its diverse population, so it's interesting to see that its students are heavily segregated. Prep/private schools are also an important part of the school system in New York, and it makes me wonder if the ability to pay for private schooling has an effect on the segregation of students.