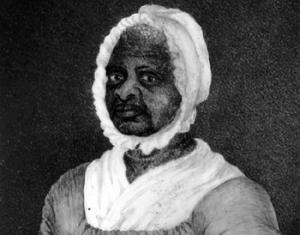 Mum Bett successful sued for her freedom from abusive owners in Massachusetts. Her actions were partially inspired by the state constitution which had included the provision that “all men are born free and equal and have certain natural, essential and unalienable rights.” Photo credit: biography.com

Massachusetts will honor the first African-American woman freed from slavery through litigation under the state constitution when she sued for her freedom in 1781.

Supreme Judicial Court Justice Roderick Ireland will deliver keynote remarks Tuesday in recognition of Mum Bett Day. Her court case was later cited as a precedent in the appeal of another case heard by the SJC, which laid the groundwork for the end of slavery in Massachusetts.

The event will be hosted by the Massachusetts Black and Latino Legislative Caucus in honor of Black History Month. It will be held at the Statehouse in the House Chamber.