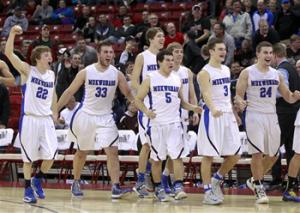 Wisconsin Gov. Scott Walker signed a bill Thursday that will make it harder to force public schools to drop tribal nicknames, pushing aside opponents' charges that the measure is racist.

The Republican measure requires a petition to trigger a state review of a nickname - a departure from current law, which states a single complaint is enough to prompt an evaluation. It also wipes out all previous state orders for schools to drop race-based mascots.

Walker, a Republican, signed the measure privately Thursday afternoon. He released a statement saying he's worried current law infringes on free speech. A person's right to speak doesn't end just because what they say is offensive, he said. The best approach is to educate people about how some phrases and symbols are offensive when used as nicknames and mascots, he added.

"If the state bans speech that is offensive to some, where does it stop?" Walker wrote. "I personally support moving away from nicknames or mascots that groups of our fellow citizens find seriously offensive, but I also believe it should be done with input and involvement at the local level."

"(The bill) is an example of institutionalized racism in content and process," Munson said. "It's a poke in the eye with a sharp stick to all Wisconsin tribes, and it is an act of discrimination leveled directly at our children."

The bill cuts against the grain of a decades-long movement away from American Indian mascots, logos and nicknames that has seen Stanford University change from the Indians to the Cardinal and Seattle University drop Chieftains for Redhawks. Last year, Oregon's Board of Education decided to cut state funding to schools that don't retire Indian mascots. This year the Oneida Nation in upstate New York launched a national drive to pressure the NFL's Washington Redskins to change their nickname. 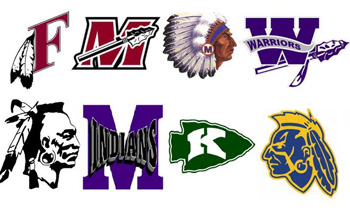 Walker's deadline to sign or veto the bill was Thursday. If he took no action, the bill would have become law automatically. The measure will go into effect Saturday.

The bill amends a 2010 state law that required Wisconsin's Department of Public Instruction to hold a hearing on a school's race-based nickname if the agency received a single complaint. The school district had the burden of proving the nickname wasn't discriminatory. DPI, which is controlled by an elected superintendent, then decided whether the name had to go. So far, DPI has ordered the Osseo-Fairchild School District in western Wisconsin to drop its Chieftains nickname, Berlin High School in northeastern Wisconsin to ditch its Indians moniker and the Mukwonago Area School District outside Milwaukee to drop its Indians nickname.

Mukwonago officials have refused to part with their nickname, however, saying they've used it for more than 80 years and it would cost around $100,000 to change it. Rep. Stephen Nass, R-Whitewater, who represents a portion of Mukwonago, introduced the bill in August to help the district.

The bill invalidates all previous DPI orders forcing schools to drop their nicknames. Going forward, people with a complaint would have to submit signatures equal to 10 percent of the school district's student population to trigger a DPI review. If the agency decides a hearing is warranted, the Department of Administration, which is under the governor's control, would preside over it and make the final call on the name. Districts that reach an agreement with a tribe to use an American Indian likeness can't be stripped of the nickname or mascot.

The measure was hotly debated in the Assembly and Senate. Minority Democrats argued complainants will struggle to collect enough signatures to force change and blasted the measure as a "return to darkness" that solidifies racism in public schools. Republicans countered the current system was slanted against schools. They used their majorities in both houses to push the bill through to Walker.

Nass issued a statement Thursday praising Walker for signing the measure into law, saying the governor "is providing moral direction to all sides" that will lead to more dialogue and a less confrontational tone.

Samuel Hall, an attorney for the Mukwonago Area School District, said the bill eliminates "the kangaroo court" schools faced under the old law.

"The new law on nicknames and mascots strikes the right balance in ensuring a fair process for review of long-standing nicknames and logos while also still maintaining Wisconsin's pupil non-discrimination laws," he said.

Munson, the leader of the Indian mascot task force, said 30 school districts still use Indian mascots and symbols. The task force won't stop until they're all eliminated and its attorneys are considering challenging the new process in court, she said.