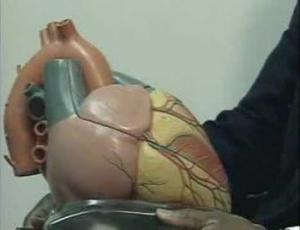 With the Affordable Care Act so much in the news lately, it seems like an appropriate time to discuss the first physician to successfully perform surgery on the human heart, an African-American doctor named Daniel Hale Williams.

Williams was born on January 18, 1856 in Hollidaysburg, Pennsylvania. His father was a barber who died when Daniel was just nine years old. Daniel bounced around among relatives. While doing so he worked as a shoemaker and ultimately opened his own barbershop in Edgerton, Wisconsin.

However, it was after Williams moved to nearby Janesville that he found his real calling in life. He idolized a local physician and decided to pursue a path as a doctor. He worked for two years as an apprentice with Dr. Henry Palmer, the former U.S. Surgeon General. Williams went on to graduate in 1883 from Chicago Medical College (now Northwestern University). He opened his own medical office in Chicago. His reputation as a superior physician spread so quickly that in 1889 he was the first black appointed to the Illinois State Board of Health.

At this time, the long and suffocating shadow of Jim Crow had enveloped America, and many thought blacks were inferior to whites just because of the color of their skin. So it was that black doctors were not allowed to work in Chicago hospitals. Outraged by this, as well as by the fact that aspiring African-American nurse Emma Reynolds was having educational doors slammed in her face solely because she was black, Williams helped found Provident College and Nursing Training School in 1891. It became the first hospital in the United States owned by African-Americans. 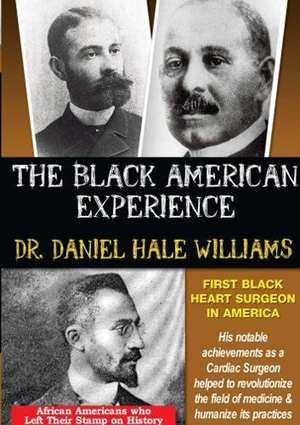 Just two years later, in July 1893 at Provident Hospital, Williams was faced with the case of James Cornish, who had a knife wound to his chest. His pericardium was torn and a blood vessel damaged. Normally this would have been a death sentence, but Williams did not know defeat. On July 10, he opened Cornish’s chest and sutured both the pericardium and blood vessel injury. Cornish wound up living twenty more years. Many historians consider this the first successful surgery ever performed on the human heart. (However, it was not the first open heart surgery, as is often erroneously reported.)

A few years later, Williams suffered the very definition of irony when Provident Hospital, in response to the increased segregation of black life, instituted a ruling that all physicians had to bring all of their patients to the hospital. Whites were thus barred from the hospital, and because many of Williams’ patients were white, he was barred by racial segregation from the very hospital that he had founded to fight racial segregation.

Williams went on to have a distinguished career, including being the only African-American among the founders of the American College of Surgeons. However, it is as the first to perform surgery on the heart that he should be recognized, but because of the way American history ignores the achievements of blacks, barely a schoolchild in the United States knows his name. He died in 1931.