Death of Atlanta Teen, Kendrick Johnson, Is Being Investigated 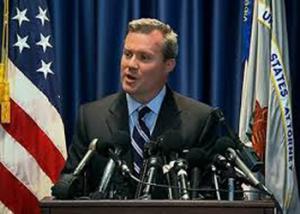 After months of claiming teen, Kendrick Johnson’s, death was not the result of foul play, authorities are now re-opening the investigation. Photo Credit: theatlantavoice.com

The death of Atlanta Teen, Kendrick Johnson, is now being investigated since the emergence of video footage clearly showing other students where in the gym at the time of his death. Georgia officials had previously ruled an Atlanta High School teen took his own life in a hidden and desolate part of the room by suffocating himself in a rolled up mattress.

The body of Kendrick Johnson was found resting headfirst wrapped in a mat in the Lowndes County High School gym room on January 11 just after 1 p.m. Johnson was later ruled to have died of suffocation, which supposedly occurred while he was reaching for a sneaker authorities claim had somehow become wedged under the mat.

The new revelations, about others being in the gym at the time of the teen's death, only came about after pointed and unrelenting questioning on the part of his family.

"I answer your pointed question with 'yes,'" L. Warren Turner Jr. an attorney for the school wrote in response to all the reporter inquiries about others who were indeed in the gym with the teen at the time of his death.

A few still pictures retrieved from the surveillance video are now thought to be the last known images recorded of the 17-year-old while he was still alive. They show him walking across the bare floor, with at least several others minors spread about in the background.

Shockingly, in the latest set of photos of him released by authorities, Johnson lays lifeless, his face bloated in pooled blood so thick it even seems to drench his dreadlocked hairstyle. A pair of orange-and-black gym shoes was found a few yards from the teen's body. 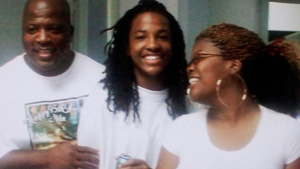 The Georgia Bureau of Investigation immediately ruled the teen died of positional asphyxia and stamped the case closed as an accidental death. A subsequent Valdosta-Lowndes County Regional Crime Laboratory report even ruled his body showed "no signs of blunt force trauma or significant injuries."

Yet, Dr. Bill Anderson, a private pathologist hired by Johnson's family to conduct a second autopsy, later concluded the teen had a blow to right side of his neck "consistent with inflicted injury."

His overall autopsy found Johnson died of blunt force trauma to the head. Clouding matters all the more, at time of his examination of the body Anderson found all of the teen's vital organs had been removed and were missing, his body cavities having been stuffed with old newspapers.

"It is absolutely mind boggling that this is a real life murder mystery," said Ben Crump, the Trayvon Martin case attorney since hired by the Johnson family to handle their case. "That's the tragedy of it … it's not a fiction that his parents sent him to school with a book bag and then the next day Kendrick was returned to them in a body bag, with the school and the medical examiner and the Sheriff's department concluding that his death was an accident." 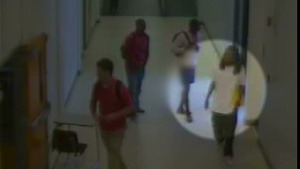 Jacquelyn Johnson still struggles with the nature of her son's demise almost as much as she does the loss itself. "I feel outraged about them stuffing my son's body with newspaper," she said. Added Crump, "when you think about it logically, it seems to be some kind of conspiracy to conceal the truth about what happened to Kendrick and who did it to him."

Lowndes County coroner Bill Watson claims Johnson's organs were too badly decomposed to be preserved and had to be disposed of before the body went to the funeral home.

Among many of those who work in the industry, even that explanation rings faulty. The consensus among medical examiners seems even in a special case, such as that outlined by Watson and state authorities involving Johnson, organs typically are sealed in a plastic bag and placed back in the body. Even in the case when organs have been donated, space inside the body cavity often is filled with an absorbent and preservative powder and rarely, if ever, newspapers.